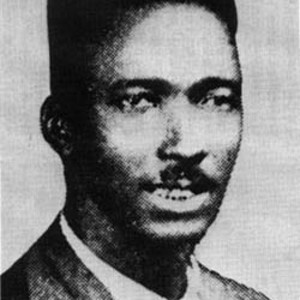 Tommy Johnson (1896 ? November 1, 1956) was an influential delta blues musician. He was born in Terry, Mississippi, and lived most of his life in Crystal Springs, Mississippi. Tommy Johnson was known to tell a story about how he had sold his soul to the devil in exchange for his mastery of blues guitar. This story closely resembles the same legend of Robert Johnson. Robert Johnson, however, was never known to tell this story and it was most likely a rumor started by Son House in the 1960s, long after both Johnsons were dead.

Tommy Johnson was influenced by Charlie Patton. Johnson was accompanied by Papa Charlie McCoy. Johnson's "Big Road Blues" inspired Canned Heat's masterpiece, "On The Road Again". The origin of his acclaimed song can be debated as many similar songs were recorded under other contemporary artists as "Stop and Listen Blues" and "Wait and Listen" although his is the earliest known recording to the melody.

In the 2000 movie O Brother, Where Art Thou? there is a character named Tommy Johnson (played by Chris Thomas King) who sold his soul to the devil to play guitar. He plays the background for the Soggy Bottom Boys (a band that the main characters in the movie are in) on "Man of Constant Sorrow".