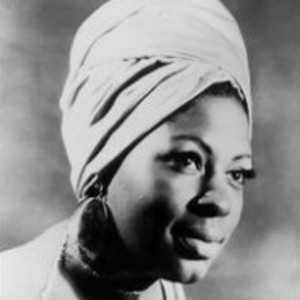 Shirley Brown is a soul singer, born January 6, 1947 in West Memphis, Arkansas. She had a classic Soul background, having started to sing in a Baptist Church in St Louis, Missouri at the end of 10. Very much a singer in the southern Deep Soul tradiiton, she is one of the few vocalists whose range and power invite comparison with Aretha Franklin. She had sung professionally since the age of 22, and recorded for small labels in St Louis and Nashville.

She had sung professionally since the age of 22, and recorded for small labels in St Louis and Nashville. Her manager, bluesman Albert King negotiated a recording deal with Stax records in Memphis, and, resulted in national attention with the 1974 hit 'Woman to Woman' taken from the 1974 album of the same name. Soul critic Ron Wynn went on to call 'Woman to Woman' a 'seminal confessional and confrontational soul masterpiece,' and it was actually the last hit for the Stax label and its success actually delayed its collapse into bankruptcy for several months.

Left musically orphaned by the collapse of Stax in 1975, Shirley Brown looked around for another label, and was one of the first signings to Clive Davis' Arista where she cut the undervalued 'Shirley Brown' album in 1976. She then recorded for several other labels, including 20th Century, the revamped and relaunched Stax, and Malaco. Surprisingly, none of her other recordings have enjoyed anything like the commercial success of 'Woman to Woman.'

The Soul Of A Woman

For The Real Feeling (Remastered 1999)