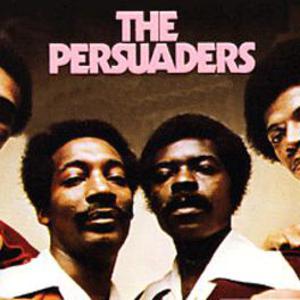 Vocal quartet formed in New York City in 1969, this soulful group is best known for their hit record "Thin Line Between Love and Hate" a gold record on Atlantic Records which reached the top of the R&B charts in 1971. From Atlantic they moved to the ATCO subsidiary where "Some Guys Have All The Luck" reached number 7 in the R&B charts. They kept recording until the late 70's doing more sessions for Calla.

Sole remaining original member Willie Holland has kept the band name alive with a group that is based out of Fort Lauderdale FL, and active onstage and in the studio, releasing an album "Made To Be Loved" as recent as 2006.

Made To Be Loved

Stayed Away Too Long

It's All About Love (Vinyl)

The Best Thing That Ever Happened To Me (Vinyl)