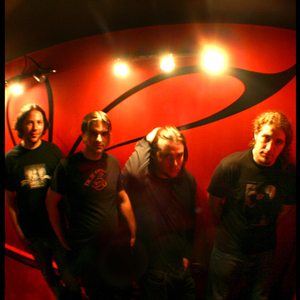 1) Starting as a reunion of childhood friends Eric Zirlinger (vocals, guitar, keyboard), Wayne Silver (lead guitar), and Michael Denton (drums), SEER officially formed in late 2003 with the addition of Paul Komsic (bass). The foursome began writing and rehearsing five nights a week in a small, rundown rehearsal studio in Long Island, New York. It was here that SEER developed their sonic niche, both beautiful and evocative, drawing from grandiose arena rock, inspired by the likes of Radiohead, Coldplay, Tool, Pink Floyd and Jeff Buckley. Relying heavily on texture over their musicianship, SEER creates an ambient sound over an alternative rock foundation.

In 2004, SEER released a self-titled, 4-track EP, which earned them a buzz and growing popularity in their native Long Island. That buzz has gained them attention in the industry, allowing them the opportunities to open up for national acts such as Days of the New, Eisley, The Sleeping, Simon Dawes, Brighten, Revelation Theory and Vaeda.

SEER placed first in Rockout Productions' Battle of the Bands in August of 2005, which started off with over 40 bands. They have received airplay on New York's 92.3 K-Rock Radio, as well as Maxim Radio on Sirius 108.

In support of their first full-length album, entitled "2020", SEER is currently touring the eastern United States, and captivating fans with their high-energy and emotional live performances.

2) Marc Stonestreet, Tyler Smith and Stephen McIntyre had all been friends since elementary school. In 1994 while they were in ninth grade, they got together with their first instruments and started learning how to play. Marc actually got lessons from Stephen's brother, Jim who played in Blake. It took them a long time to write the material for what would be known as Seer. On December 2nd 1994 they played their first show with Blake and Mr. Penny. The name ?Seer?, was chosen last minute before a show. Stephen suggested the idea of the word, ?being one who sees?, ?a mystic?, and they all liked it.

After a few more shows, Evan Clarke (also from Blake) was putting together the compilation ?Regional Ornament? and asked them to record a few songs. In the fall of 1995, they went to Rumenal Studios and blasted out two songs for the compilation that was released in 1996. Mike Perow would also record the band again in 1996 for their planned 7? EP on Redemption Records, a label operated by Jim McIntyre. The release never materialized because they broke up before artwork was even made. All around this time, in late 1996, Dave Buschmeyer was putting together the massive compilation ?Benefit for the Buffalo Animal Defence League?, for which the band submitted their song ?New Song?. The compilation also never came out, to a great disappointment. They played their final show with Montgomery 21, at which they even suggested they should do a split together. But when the members came outside in the cold winter after the show, they all looked at each other and agreed it was over. No bad reasons, no bad blood, just a simple, easy ending.

Stephen and Marc continued jamming together since then, and even recorded some demos in 2007, which easily fit with the rest of the Seer material. The first song, ?Smoking Room-B? was recorded on a 4-track. It was later re-recorded, but not kept, during the second recording session, this time digitally, at which the songs ?Cracks? and ?3rd Fret Capo? were also recorded. Stephen and Tyler never played in any other bands, but Marc has since collaborated with Blake musicians and continues to compose great music.

Heading for the Sun