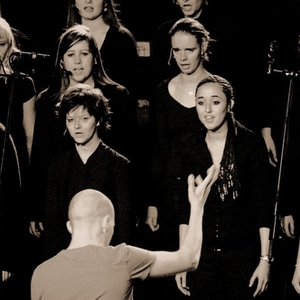 Following a musical cameo in the David Fincher film ?The Social Network?, Scala & Kolacny Brothers have opened their arms to a huge new audience. 2012 has started at the same amazing pace as 2011 for Scala & Kolacny Brothers, with a tour of Northern Spain, dates in Belgium, Germany, Italy and Ireland, an upcoming trip to Korea as well as TV appearances at ITV's Dancing On Ice (UK) and at the famous San Remo Festival...

2012 has started at the same amazing pace as 2011 for Scala & Kolacny Brothers, with a tour of Northern Spain, dates in Belgium, Germany, Italy and Ireland, an upcoming trip to Korea as well as TV appearances at ITV's Dancing On Ice (UK) and at the famous San Remo Festival... But 2011 was the breakout year for Scala & Kolacny Brothers as they conquered the United States and Canada with a major tour, in support of their first North American CD release, including headlining stages at SXSW and Coachella. This success was immediately followed by a first record release in the U.K., a sold out show at London's Union Chapel in June and a triumphant ?special guest? performance at the Latitude Festival, where they played the prestigious Sunday noon slot. In June the group headlined at the Heineken Dia De La Musica in Madrid, in November the album ?Scala & Kolacny Brothers' was released in Italy, where it immediately hit the top 10 (!) and in December the group returned to 4 sold out shows in Berlin, as well as a Radio Eins very special-alternative-Christmas-songs special. 2011 has brought Scala & Kolacny Brothers the status of international phenomenon and it all seemed to start with a simple email.

When the email arrived in May 2010, the Kolacny brothers thought it was some kind of joke. ?Yeah?, the brothers thought, ?right.? But the request was genuine. And the film turned out to be The Social Network. It transpired that the director, David Fincher, is a huge fan.
The song in question is a hauntingly beautiful acoustic reworking of Radiohead?s Creep. In July 2010, two months after the brothers received the email, the Social Network trailer was released. The powerful music was center stage, heightening a growing sense of unease like a chorus of fallen angels.

Like the film itself, the trailer has been a huge global hit ? more than 250m people have seen in the Cinema, on TV or online. Thanks in part to the subsequent buzz on social media, traffic to the brothers' website went through the roof: their interpretation of Creep is an internet phenomenon, watched in various forms well over 25m times.

A record-label bidding war erupted in America ? but the brothers chose to sign with Atco, a subsidiary of Warner, with whom they had been negotiating. They released an eponymous album in in the US in March in the US and in the UK ? and most of the rest of Europe - 6 June 2011 (on Wall Of Sound). Italy followed in November of this year and the album was re-released in December in the UK, with two additional titles. In 2011 Scala & Kolacny Brothers also released 2 acclaimed video clips, for their versions of Use Somebody (directed by Inti Calfat) and Everlong (directed by Mark Woollen, who also directed the The Social Network trailer).

In September Scala & Kolacny Brother's version of U2's With Or Without You, was featured in the trailer for Season 2 of the British hit drama series Downton Abbey (broadcast in the USA on PBS where Scala & Kolacny Brothers also have their new special ?Live From Bruges' airing from December). And in December Scala's version of Last Christmas was used in the trailer for the Downton Abbey Christmas special, while the group performed at Downton Abbey's VIP Christmas special launch party in London.

But even with numerous TV shows (including 'the Simpsons'!) using Scala & Kolacny Brother's music in 2011, it was the Social Network trailer which shone a spotlight on the unique musical project that is Scala & Kolacny Brothers ? an indie-rock choir, comprising of the two Kolacny brothers, Steven and Stijn, and Scala, their all-girl choir. Steven plays the piano, Stijn conducts the choir. The brothers usually work with 20-30 singers, aged 16-26, at a time, but these days have more than 200 girls on their books, ensuring plenty of cover for their increasingly busy schedule.

Scala & Kolacny Brothers take rock and indie songs and reinvent them as elegiac hymns ? to breathtaking effect ? with the piano often the sole accompaniment to the voices. On occasion they also use drum machines, sequencers and synthesizers, and also often perform with a full rock band.

The new album includes versions of Smells Like Teen Spirit (Nirvana), Champagne Supernova (Oasis), With or Without You (U2), Use Somebody (Kings of Leon), Everlong (Foo Fighters) and more. Creep also features, as do three original compositions ? Seashell, Masquerade and Our Last Fight.

Rock and indie music works best because ?the beating heart of the songs is often very black and very emotional, and the female voices of the choir add a certain melancholic touch?, says Stijn. ?Sometimes they bring out whole new dimensions in the songs ? our version of Nothing Else Matters could be
classical music; its sound is nothing to do with Metallica anymore.? Other influences range from Sigur Ros to Nirvana and include the dark electro-pop of Goldfrapp and Depeche Mode, and the brooding mini-symphonies of Massive Attack.

Friday I'm In Love Somebody CDS