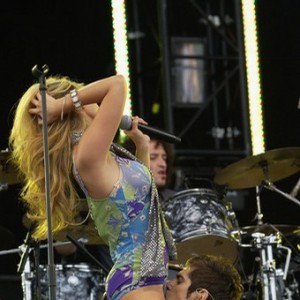 Nuno Bettencourt and Kevin Figuireido left the band after Satellite Party released their album. They were later replaced by Nick Perri, and Jordan Plosky, respectively.

Wish Upon a Dog Star