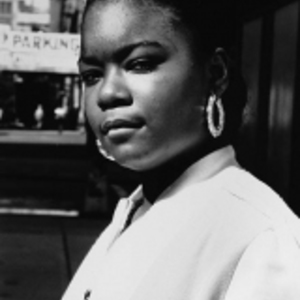 Roxanne Shant? (born Lolita Shant? Gooden on November 9, 1969, in Queens, New York, USA) is an American hip hop vocalist and pioneer. She rose to prominence due to her hit Roxanne's Revenge, which sold over 250,000 copies in the New York area alone. Her career began unusually, at the age of 14, when she ran into three men talking about UTFO, who had recently canceled their performance at a show they were performing.

Shant? offered to record an answer to UTFO's recent hit Roxanne, Roxanne, which was about a woman who would not notice them. The men agreed and the result was Roxanne's Revenge, a confrontational and profane song that made her a star within the hip-hop community, and sparked off the massive Roxanne Wars. Most of her tracks were produced by Marley Marl, one of hip-hop music's most influential producers, with the exception of several songs on Shant?'s last album, 1992's The Bitch is Back.

As an MC, Shant? had an extraordinary ability to freestyle (improvise) entire songs at the drop of a hat. Roxanne's Revenge is an example of this?it was written and recorded at the same time?in one take. However, the original version of the song was rerecorded using a slightly different backing track with less profanity after UTFO sued Marley Marl and Shant? over the use of the Roxanne, Roxanne backing track, and it is this version, with which people are the most familiar. This clean version appears on the original 12-inch single released in 1984 with the original version on the reverse side.

In 1990 (see 1990 in music), she and Rick James had a hit with Loosey's Rap. In 2000 (see 2000 in music) she collaborated with UK producer Mekon on the track What's Going On? She also took part in a series of Sprite commercials in the late 1990s, as well as acted as a mentor to young female hip-hop artists.

At the age of 18, after several discrepancies with her royalties, two albums, pay-cuts, and a pregnancy, Roxanne Shant? began to call it quits, which became finalized at the age of 25, in spite of the occasional guest appearance on other hip-hop artists' records since then.

It was reported by Blender in 2008, and more extensively in a New York Daily News account in 2009, that Shant? earned her bachelor's degree from Marymount Manhattan College and her Master's and Ph.D in psychology from Cornell University. However, an investigation by lawyer and journalist Ben Sheffner for Slate magazine found no evidence of Shant?'s claims. She was never signed to a Warner Music label, but was under contract to the independent label Cold Chillin' Records. Academic records indicate that she attended only three months at Marymount Manhattan College. Shant? never earned any degree and she is unlicensed by New York State officials to practice psychology or similar disciplines.

The Best Of Cold Chillin'

The Bitch Is Back