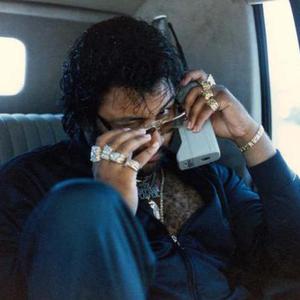 The Egyptian Lover started out as a D.J. in Lafayette, Louisiana then moved to Los Angeles and started promoting dance events with Unique Dreams Entertainment, which would later change its name in 1983 to Uncle Jamm's Army. Together, they would hold early hip-hop dance parties at the L.A. Sports Arena and in Torrance with over 10,000 people. The Egyptian Lover's first recording was in 1983 as a member of the THE RADIO CREW, and then later that year he contributed to "Dial-A-Freak" which was released by Uncle Jamm's Army.

The Egyptian Lover released his debut solo single and club hit "Egypt, Egypt" the following year, in 1984. This release was followed by more dance and local club hits, such as "And My Beat Goes Boom", "What Is a DJ If He Can't Scratch", "Egypt Egypt," and "Girls," "You're so Fine," "The Lover," "Sexy Style," "The Alesby Inn," and "Freak a Holic."

Being a D.J. himself The Egyptian Lover put much of his talents into his 12" singles. His LPs were much less popular than his singles, though 1984's On the Nile was moderately successful. After a break in the early 1990s, Egyptian Lover returned in 1994 with Back from the Tomb. His last full-length for over ten years.

In 2005 "The Egyptian Lover" released his first single since 1994, entitled "Party" and backed with "Dancefloor", followed by the album Platinum Pyramids in Feb. 2006. By the end of 2006 The Egyptian Lover went into the studio with jamie Jupiter and recorded "UFO" and "Futuristic" to be on the new "Keep it Hot" 12" coming out March/April 2007

In 2006, The Egyptian Lover and Warp Records musician Jimmy Edgar had a collaboration together.

The Egyptian Lover is touring around the world bringing his D.J. style along with his performance style to clubs and arenas all over the world. The Egyptian Lover started touring for the first time in 2004 and is still doing the Europe Shows today.