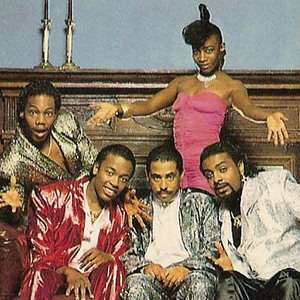 The group were originally known as The Wreckin' Cru and used that name when the groups first song was produced called "Slice" performed by DJ Yella and Cli-N-Tel. Although when the World Olympics were coming to Los Angeles during 1984, Lonzo decided to change the groups name to the World Class Wreckin' Cru.

They were managed by Jerry Heller, who also managed Egyptian Lover and la dream team. Heller would later become part of the gangsta rap scene on the west coast, forming Ruthless Records with Eazy-E, and helping launch the careers of several rap artists. Jerry Heller and Eazy-E were introduced through Lonzo Williams in the Eve After Dark nightclub.

World Class Wreckin' Cru singles such as "Surgery" and "Juice" were marked by a blend of old school rap and a rip of the new electro sound, best exemplified by Kraftwerk's single, "Tour de France".

The group released two albums; World Class (1985) and Rapped In Romance (1986). The group were part of the Kru-Cut record label established by Lonzo Williams.

In 1987, the group hit the national charts with "Turn Off the Lights", featuring vocals by Michel'le. However, by this time Dr. Dre and DJ Yella had left to join Eazy-E and Ice Cube in N.W.A. Alonzo Williams went on to briefly front a new group with a similar name, World Class Wreckin' Kru.

The album World Class contains pictures of Dr. Dre wearing flashy clothing and cosmetics, for which Eazy-E dissed him in the song "Real Muthaphuckkin G's", showing pictures of him from this album.