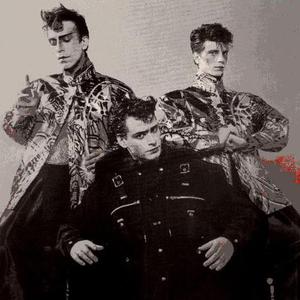 Although he produced only a handful of tracks of renown, Manny (Man) Parrish is nonetheless one of the most important and influential figures in American electronic dance music. Helping to lay the foundation of electro, hip-hop, freestyle, and techno, as well as the dozens of subgenres to splinter off from those, Parrish introduced the aesthetic of European electronic pop to the American club scene by combining the plugged-in disco-funk of Giorgio Moroder and the man-machine music of Kraftwerk with the beefed-up rhythms and cut'n'mix approach of nascent hip-hop.

As a result, tracks like "Hip-Hop Be Bop (Don't Stop)" and "Boogie Down Bronx" were period-defining works that provided the basic genetic material for everyone from Run-DMC and the Beastie Boys to Autechre and Andrea Parker -- and they remain undisputed classics of early hip-hop and electro to this day. A native New Yorker, Parrish was a member of the extended family of glam-chasers and freakazoids that converged nightly with Andy Warhol at the famed mega-disco Studio 54 club. His nickname, Man, first appeared in Warhol's Interview magazine, and his early live shows at Bronx hip-hop clubs were spectacles of lights, glitter, and pyrotechnics that drew as much from the Warhol mystique as from the Cold Crush Brothers.