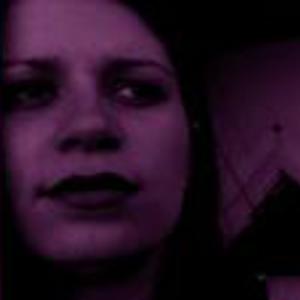 There several artists with this name: 1. A Danish/Iranian electronic band based in Denmark. 2. Skatepunk band from Bandung, Indonesia 3. Female rocker from Nashville. 4. Band from Dartford, UK 5. Alternative rock band from Mumbai. 6. Indie/college rock from Japan. 1. Rosemary is an electronic duo comprising Iranian singer Sahar and Danish producer Lasse. Sahar grew up in Teheran and fled to Denmark at the age of five. In 2009 they formed Rosemary.


1. Rosemary is an electronic duo comprising Iranian singer Sahar and Danish producer Lasse. Sahar grew up in Teheran and fled to Denmark at the age of five. In 2009 they formed Rosemary. Described as genuine Scandinavian pop meeting Iranian avant-garde. Perfectly Isolated (label) released their debut EP "A Persian Tale" on December 9 2011.

Well we are the band with a long-long stupid story u will get fucking bored to read that shit..so here we are were coming to kicking your big ass from our shit music .enjoy and keep smiling when you all heard about rosemary c_ya


3. One is a US female rocker from Nashville, TN,

the American ROSEMARY has been playing music since age 13. Having grown up in Nashville, TN, she has had the fortune of playing out in local clubs and venues for years. She has been involved with numerous musical projects such as: (Andy Bodean and the Bottom Boys, Communist, Tim Chad and Sherry, Ultra Vulgar, Flyaway Minion, and E-banditos, to name a few). Many of these can be found and downloaded through Black Label Empire (www.blacklabelempire.com). In 2003, ROSEMARY partnered up with master engineer Patrick Himes (who has numerous credits and accolades to his name, including asst. engineer of Ryan Adam's "Heartbreaker"). They began working on numerous singles and other projects. The two continue to record together at every possible opportunity. At the moment, BLE has two singles and one short EP available for purchase, respectively titled "The Floater," "Cha-Cha in Your Ear," and "The Fabulous Life Of..." ROSEMARY also has a video for "Altazar" from "The Fabulous Life Of...EP."

ROSEMARY and Patrick tackle everything together on the recordings they produce.
Generally, speaking, ROSEMARY writes all lyrics and music, initially. Patrick then comes behind her and "cleans up [her] mess," as ROSEMARY puts it. For the most part, all parts are played by both She and Patrick, with the occasional guest appearance. The two do everything themselves, including writing, recording, engineering, producing, etc.

ROSEMARY is also a graduate from the internationally known SAE Institute, formerly known as School of Audio Engineering, founded by Tom Misner.In 2007, ROSEMARY and Patrick Himes opened WaterWorks Entertainment, a Nashville based Recording Studio and Publishing Co. They boast of an impressive list of both published artists and clients to include: Shrug, the Dennis Shepherd Group, e-banditos, Leslie Keffer, Altered Statesman, Guy Farmer, Steve Mackay and many, many, more. WWE has a last fm page where you can go and listen to tons of great music, all for FREE!

"Rosemary's originality and authentic execution of unique modern music is a step in the direction that alternative music will likely soon be taking. Her laid-back, casual yet diverse approach to recorded music has potential [to] be of popularity among the next generation of the independent music circuit."
- Independent Nashville

"Rosemary is likened to the Breeders. And that's true, to an extent. She has their tenacity, rawness, and quick melodic vocal delivery. Her songs however lack the brash distorted intensity that the one-hit wonder ?Cannonball? female-led group had. Instead the music is more cerebral and sublime, often finding a place to stretch out and lay waste to whatever is holding you down."
- J-Sin, Smother Magazine
The following is from the first Rosemary's Myspace page (http://www.myspace.com/rosemaryrocks):


4. another is a band from Dartford, UK

They say an Englishman's home is his castle, and so it is with Dartford's Rosemary: three self-proclaimed "Suburban Kings" making assured, inspired English pop music with many antecedents (try: The Kinks, The Libertines, Thee Headcoats) but precious few contemporaries. Born in the humdrum commuter-belt town of Dartford, too near to London to boast its own vibrant gig underground, but too far outside to hop on a night bus too far beyond midnight, Rosemary ? bassist/vocalist Tim Hill, guitar/vocalist Martin Brett and drummer Jon Chamberlain ? spent the first year of their life in isolation, playing the local pub to a wall of disinterested eyes. Dartford was not a great place to be in a band, but it was this difficult adolescence that spawned self-released, self-mythologizing debut single 'Suburban Kings'. "It was about playing to people that didn't care what you were playing or singing about," chatters Martin, "And then waking up after having a little too much to drink still feeling annoyed about it. It's about ambition, about wanting to play bigger and better places, about wanting to escape your immediate surroundings."

Whereas dozens of bands dream their life away entranced by the prospect of a big break in the big city, though, Rosemary kept their wits about them. A gig way out east in Medway in North Kent saw the band win friends amongst the thriving local mod scene, and before long, they were holed up in Ranscombe Studios in Rochester, recording monophonic and one-take with Jim Riley - the producer behind Billy Childish's ragged, stiff-lipped garage rockers The Buff Medways. XFM's John Kennedy picked up on an early demo of 'Suburban Kings', so that became the first limited 7" single, on the band's own MA2 imprint, and sold out in a week. An XFM play list and a handful of sessions made Rosemary something of a name to drop on the London circuit, but with the band now running their own Suburban Kings club night - a monthly bands-and-DJs residency at the Tap'N'Tin, the cult Kent indie citadel that staged the Libertines reunion after Pete Doherty's release from prison in 2003 ? London would very much have to wait its turn.

And while it's easy to place Rosemary's sound in some Great British lineage, there's far more to this band that slavish adherence to some long-stale '60s dream. "Sure, we like the Beatles, the Stones," chatters Jon, "But that's just the start of it. Bob Dylan, Hank Williams, Woodie Guthrie, Chet Baker?" And just take new single 'Benjamin's Ego'. No mere garage-rock ramalama, it commences with Tim's winding, auld-folk clarion call, and proceeds to twist and turn through coiled passages of snake-charmer melody, bounding Cossack-dance choruses, and strange, tense lyrical melodrama. It's the sound of a band that have already escaped their pre-destiny, ready to carve out their own path through the English rock scene. Don't say 'Thyme For Heroes' (the band have already heard quite enough herbaceous puns, thanks) ? just put their record on, and pledge allegiance to the new sound of the suburbs.

and the Brits....
From (www.rosemarymusic.com)


5. Rosemary is a 3 piece alternative rock band from Mumbai, which has been playing around the country since 2008. Their music is essentially modern alternative rock within which you can see a good amount of ambient and 60's psychedelic influence. The band started off playing at every other college competition in order to try and get their music out to the current independent music enthusiast. But after having opened for Porcupine Tree, a major international act in December 2009 at IIT Mumbai, Rosemary decided to move out of the college circuit and start gearing up for bigger things. Their first album is in the pipeline and the band is putting in a lot of effort to ensure that the end product is as close to what a live Rosemary experience would be.

Experience the sounds of space and intensity, collectively: www.myspace.com/rosemaryprofile


6.The 5th is from Japan and plays indie/"college" rock with some minor Hard Rock leftovers.

The Fabulous Life Of...