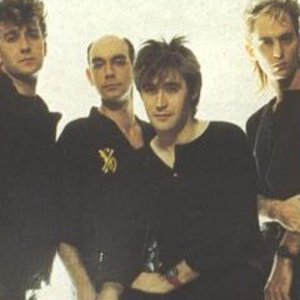 Re-Flex was a British techno-pop/ dance group featuring Baxter (vocals), Paul Fishman (keyboards), Nigel Ross-Scott (bass), and Roland Kerridge (drums). Their only big hit song, "The Politics of Dancing," was recorded in 1982 and released in the U.S. in 1984, when it reached #24. The follow-up single, "Hurt", hit the Billboard Hot 100 as well. The band's follow-up album "Humanication" was shelved and never released, although its first single "How Much Longer" did get released as a 12" single.

The Politics Of Dancing