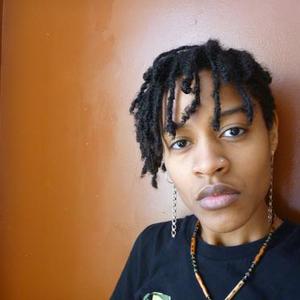 When speaking of electronic or hip hop producers who have made innovative contributions to their genre, females are rarely mentioned. Whether hard to find or never exposed, Pursuit Grooves is making it her business to deliver an important message to the world...WE DO EXIST! Pursuit Grooves released her debut instrumental CD Fun Like Passion on her own label What Rules Records in August of 2006.

Pursuit Grooves released her debut instrumental CD Fun Like Passion on her own label What Rules Records in August of 2006.

The track "Push Up" is currently available on the Beat Dimensions Vol.1 (2007) limited vinyl and CD on the Rush Hour (Amsterdam) label.

Her second album Wild Art Forestry was released in June of 2008.

Her third project Sustainable Movements for A New Age was released in April 2009 and is available for free download in celebration of Earth Day.

Her EP Fox Trot Mannerisms was released on the Tectonic label in April 2010.

The cinematic dub EP 91 Fellows was released in September 2012 on Deepblak Recordings.