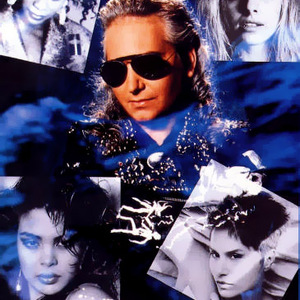 1)In 1979 Gyula Vikid?l left the legendary band P.Mobil and entered Dinamit. A year after S?ndor Bencsik "Samu" (lead guitars) and Istv?n Cserh?ty "Pityi" (Hammond organ) left P.Mobil as well and formed a new band named Pandora's Box after the title of a Procol Harum. The
other members were singer Varga Mikl&oacute;s, drummer Istv?n Szab? and bassist J?zsef S?f?r "?-csi" who used to play in the band V'73.

Their first single was released in 1981 entitled Hal?lkatlan/A bolond. In 1982 they released their first album under the title P.Box with the tracks: M?snak sz?l, Eg?rszeren?d, ?jf?li szek?r, D?d?le, H?lgyv?lasz, Szuperg?p, A lev?l, Nekem ne mondd, A bolond. That year they gave a big concert at Budapest Sport Arena together with the famous bands Edda and Karthago.
In 1983 Mikl?s Varga left the band to be the singer of a Swedish-Hungarian band called Safari. Meanwhile the band Dinamit broke up, so it was obvious to choose Vikid&aacute;l Gyula as the new singer.
They soon released their second single which contains one of their biggest hit A z?ld, a b?bor ?s a fekete written in honour of the great guitarist Radics B&eacute;la who tragically died in 1982.

Sadly soon after the release of their last album Cserh?ty Istv?n "Pityi" died on the 21st of August 2005. He had been suffering from cancer since the beginning of the year, he spent a long time in hospital and left it for some days only to record the Hammond parts on the new album.

The album was released along with a video, directed by Ken Russell, for "It's All Coming Back to Me Now" (later covered as a hit by C?line Dion), but a planned tour was scrapped. The album was not released to the United States originally. Sales for the album were modest, though Steinman continues to be very proud of it. Many fans and critics consider it one of his best works. The track "Original Sin" was recycled and featured prominently in the musical show Tanz der Vampire. The album's final track "The Future Ain't What It Used to Be" was re-recorded for the MTV movie of Wuthering Heights starring Erika Christensen.


3) PANDORA's BOX is a heavy metal (nu metal) band based in Naga City, Camarines Sur in the Philippines.

Songs included in MusikMAX BICOL compilation CD:
- In Sepia
- The Tryst... In the Seduction of (n)

A Quick Taste of the Box