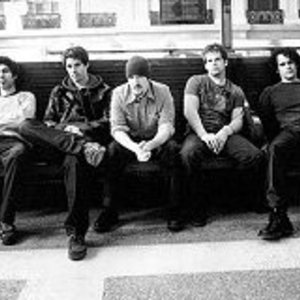 Nine Days is a rock band which was popular in the early 2000s. Formed in Oyster Bay by John Hampson and Brian Desveaux, they released three albums independently during the 90s before their mainstream debut album, The Madding Crowd, was released in 2000. Their greatest popularity came from a handful of hits from The Madding Crowd such as "Absolutely (Story of a Girl)" and "If I Am". Another album, So Happily Unsatisfied was scheduled for release in 2003.

Another album, So Happily Unsatisfied was scheduled for release in 2003. Unfortunately due to complications with their record label, Sony, this album was never actually released as the band was no longer in possession of the rights of the songs.

In 2006, Nine Days' official website updated with a statement that the album would finally see an actual release, but no other specifics were given.

After the split with Sony, the band released another album under their own record label. This album can be purchased at the bands website Nine Days Homepage.

Although the band is for the most part still together and perform occasional shows, both vocal artists, John Hampson and Brian Desveaux have pursued solo careers and their music is available for purchase from their websites respectively.

In mid-August 2006, Nine Days reunited and went back to the studio to record.[1] Slow Motion Life (Part One), a new EP with 6 songs, was released on January 19, 2007 and is available from their website. Part Two is planned for release in early summer 2007.

According to the Absolutely (Story of a Girl) Songfacts, Hampson ended up becoming a high school English teacher.

Something Out Of Nothing

Absolutely (Story Of A Girl) (MCD)