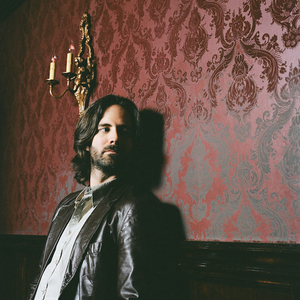 The lead singer and founder is "AM" whose moniker is derived from his initials. Born in Tulsa, Oklahoma and raised in New Orleans, Louisiana he brings twanging Americana, twinkling folk-rock-pop, caressing Philly soul, and funky R&B whatchacallit to the band's sound. He has drawn influences from various artists including the Beatles, Badfinger, Curtis Mayfield and Jorge Ben, and demonstrates over and again the simple fact of songwriting life: that imagination and taste is what it's all about. AM was handpicked by French duo Air to open their U.S., Canadian, and French tour and also toured with Charlotte Gainsbourg in North America in 2010. They have been compared to Wilco, Beck, and Last Shadow Puppets,

??AM writes literate, emotionally balanced tunes that are infectious without being moronic, hip without being oh so, and pop infected without losing their edge? he is a songwriter ready to be discovered by a wider audience, an audience interested in smart and sincere songs that speak to the vastness of the human spirit.?

Future Sons & Daughters
4**** Q Magazine UK
5**** Sunday Express UK
The new album Future Sons & Daughters is a heady brew of twinkling Anglified folk-rock-pop with arguably, some of the best bridges and choruses in the bizness, that showcases AM's acute finessing ear for the ancient art of real, true songcraft. The album was produced by Charles Newman (responsible for the sounds of The Magnetic Field and who simultaneously produced AM's record and The Magnetic Field's new album) and was recorded in both Elliot Smith's old house and Wilder Studios.

The latest music video is for the single "Grand Opinion" and was directed by Blake West and shot at the beaches of Zuma and Malibu, California.

Troubled Times
AM's debut album "Troubled Times" had every song placed in a movie or television show which hasn't been done since Moby, and received a slew of other accolades including iTunes "Best Indie Album Of The Year."

Side By Side - Duets Vol. 1
This album features original tracks and two cover tunes performed with friends Meiko, Susie Suh, Julianna Raye, Buddy, Tina Dico and Rick Garcia. (5 Bonus tracks available at iTunes) In earlier reviews, AM's music has been called "mellow gold" and "Side By Side" reinforces that. The EP is worth owning if only on the strength of two of the performances - the original "A Part Of Something Missing" performed with Rick Garcia and the incredibly haunting and beautiful cover of George Harrison's "While My Guitar Gently Weeps." "I'll Be Your Mirror" is a Bossa Nova gem performed with Rufus Wainwright's Julianna Raye. Gus Black (a singer/songwriter in his own right) directs AM's music video "Hear Me Sing" featuring Buddy.

AM Live from Boston's WERS