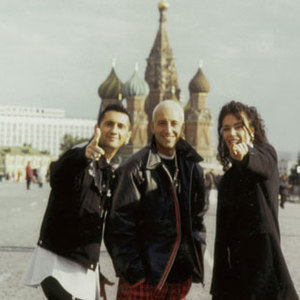 Masterboy is a German eurodance group formed in 1990 with notable success in Europe, Asia, Oceania and South America in the mid-1990s. They are one of the most representative group for 90's "high energy" eurodance phenomenon, when this genre crossed over from dance clubs to the pop music arena. Famous songs by Masterboy include Everybody Needs Somebody, I Got to Give It Up, Feel the heat of the night and Is this the love.

Masterboy dropped off in success when their charismatic lead-singer Trixi Delgado left the group in 1996.
Today, the two other band members Tommy Schleh and Enrico Zabler continue leading many raves in Germany using the Masterboy name.

In 2001, Trixxi came back to the group. Now she produces songs with Tommy, alias DJ Klubbingman.
The single "revolution" has made some success in Germany.

I Need A Lover Tonight (Single)

I Need A Lover Tonight (Maxi)