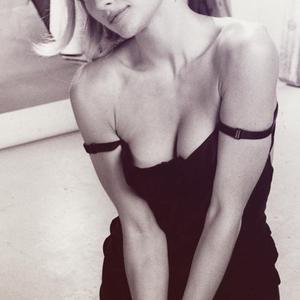 Sannie Charlotte Carlson (born 11 April 1970), best known as Whigfield and also as Naan, is a Danish Eurodance singer best known for the song "Saturday Night" which was a worldwide hit during the summer of 1994. Singles from her following albums were also very popular across Europe and Asia in the mid 90's. Born Sannie Charlotte Carlson in Sk?lsk?r, Denmark on 11 April 1970, she spent several years in Africa as a child before returning to her native country.

Born Sannie Charlotte Carlson in Sk?lsk?r, Denmark on 11 April 1970, she spent several years in Africa as a child before returning to her native country. She rose to prominence when her single "Saturday Night" became the summer smash hit of 1994, thanks to extensive play in the clubs of the Mediterranean and the fact that it had a dance which many found easy to learn. She became the first ever non-UK artist to d?but at No.1 in their first week in the UK Singles Chart. Her music was also very successful in Brazil, Canada, Australia, France and the Nordic countries during the 1994 eurodance phenomenon.

However the only place where she has yet to achieve success, and has eluded her since, is the United States (Even though she placed both "Saturday Night" and "Another Day" on the Billboard Hot Dance Music/Club Play chart in 1995, with "Night" peaking at #19 and "Day" coming in at #21, respectively).

Later singles include "Think of You", "Close To You", "Last Christmas", "Gimme Gimme" and "Sexy Eyes".

Last Whigfield's album was "All In One" In which all the songs were chosen by the fans.
All tracks have been re-sung, re-mixed, and re-edited.
The album features two bonus tracks that have never been recorded by Whigfield before, "right in the night - cover" and a completely new whigfield song "Rainbow".

At the moment Whigfield is recording new album. This album will be produced by Pochill, while Whigfield has released new single No Doubt.

Was a Time This Album

Was A Time (Single)