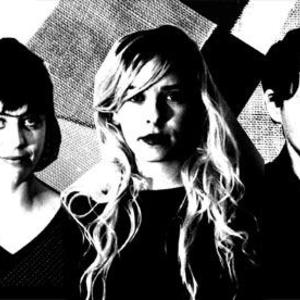 Love of Diagrams is an indie rock band from Melbourne, Australia, formed in 2001. Their sound is characterized by a mix of energetic drumming, angular guitar and bass riffs, and call-and-response vocals. Their sound is notably influenced by New York No Wave and UK post punk. Love of Diagrams began as a band back in early 2001 and quickly cemented their place as a live sensation amongst the Australian music scene.

Love of Diagrams began as a band back in early 2001 and quickly cemented their place as a live sensation amongst the Australian music scene. In 2003 they released their debut album, The Target Is You, on Melbourne-based Unstable Ape Records, which received much critical acclaim. They then played an extensive tour throughout Europe and Japan.

Whilst touring across Australia, they have secured spots supporting many international bands including Death Cab for Cutie, Electrelane, Les Savy Fav, Stereolab, The Rogers Sisters and Sonic Youth.

2005 saw the release of their first EP, We Got Communication, and the band toured the USA twice, including shows at the SXSW festival in Austin, Texas. Two tracks from the EP were also released as a 7" vinyl single in the UK through The Passport Label, and the band played a handful of London shows in November 2005. Whilst in the USA, they recorded their second album in Chicago with producer Bob Weston. The album is titled Mosaic; their first on label Matador. It was released in Australia February 2007 and everywhere else in April 2007. Their self-titled EP was released on Unstable Ape Records in September, 2006, in the USA in January 2007, and the UK in February 2007.