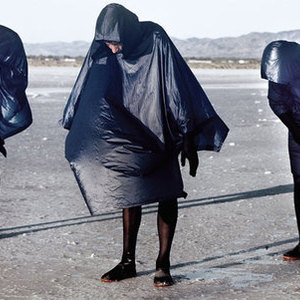 My Disco is a musical collaboration between Liam Andrews (bass, vocals), Rohan Rebeiro (drums) and Ben Andrews (guitar) that formed in Melbourne, Australia in 2003. Named after a Big Black song, the band contains member of the former Clann Z&uacute;, Days Of Iris and Heartfeltself. In 2003, My Disco performed their first shows in small venues in and around Melbourne, including many 2 PM all-ages house shows. Late 2003 saw the release of their debut 7", and marked their first Australian tour.

In 2003, My Disco performed their first shows in small venues in and around Melbourne, including many 2 PM all-ages house shows. Late 2003 saw the release of their debut 7", and marked their first Australian tour. They soon became renowned for their arduous tour ethic, demonstrated in extensive tours to often unconventional destinations that included remote areas of Australia, Southeast Asia, and Mexico. In 2004, Liam Andrews was diagnosed with Hodgkin's disease. The band continued with occasional shows and were on the road soon after Liam Andrews recovered. International tours to Southeast Asia, New Zealand, and an extensive two months across North America followed.

They released their debut album Cancer in late 2006. More international and national tours were undertaken, including additional tours to the United States, New Zealand and the UK, as well as live performances at the Meredith Music Festival in Victoria. In February 2008, the band released their second album entitled Paradise, recorded in 2007 at Electrical Audio with Steve Albini of Shellac.

Their most notable influences come from Melbourne's local independent, DIY music scene and other international bands such as Shellac, Rodan and Big Black. The band's name is taken from the Big Black song of the same name. Their 2006 release Cancer marked a definitive minimalist turn for the band. Little is known about what has influenced their minimalist direction of the last few years.

Prior to 2006, My Disco were notable for their use of odd time signatures. Agitated and angular are two words often used to describe their guitar riffs, while the bass has often been described as somewhat funk-influenced, with a minimalist feel present within all instrumentation. Their sound was primarily influenced by the surrounding Melbourne live independent music scene.

The release of Cancer marked a new level of emphasis on minimalism. Everything was stripped back, and the band explained that their focus shifted towards the silence in between as much as the sound itself. The Andrews brothers' use of the aluminium-neck Travis Bean TB2000 bass and the EGC Series Two guitar, was also a notable change, the aluminium neck offering increased sustain and a distinctive clear, clean, biting tone.

Live performances prior to the release of Paradise showcased yet another refinement of their minimalist sound, with several songs consisting of only one note, repetitive single-sentence vocals and long-sustained guitar chords. Drumlines, although minimal, still offer dance-like, albeit disjointed, beats.

More than 4 years after the release of Cancer, My Disco released Little Joy, this time through Temporary Residence Limited.

Genre-wise, My Disco have been classified as Minimalist, Math rock, Post-Hardcore, Punk and Indie-rock amongst others.