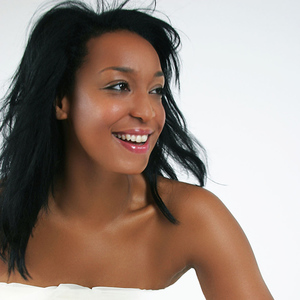 Lisa was born in Toronto, Canada, and has been singing live and recording in New York City for the last twelve years, collaborating with producers such as Jay Denes, Eric Stamile, Dave Warrin, Scott Hardkiss, Smash Hunter, and Swingsett. She has also been remixed by names such as Jimpster, Herbert, Joey Negro, Swag & Crazy Penis, and Phil Asher. Since 1994 she has released music with Naked Music, Ubiquity, Yoshi Toshi, RCA, East West, Grand Central UK, Sirkus UK, Astralwerks and NRK.

Lisa's first contribution to the Naked sound was ?You Are Love? by Lovetronic and after many collaborations with Naked artists and producers - blue six, Central Living, Petalpusher, Aquanote - she signed as a solo artist in 2001. Her debut single for Naked Music was the worldwide underground classic ?Always?.

Lisa has received rave reviews and features in The New York Times, CMJ, Muzik, URB, The Canadian National Post, Billboard, XLR8R and many others. She has also performed live on The David Letterman Show as a backing vocalist for Jewel. Madonna paid tribute to ?Always? in Rolling Stones and proclaimed Lisa to be ?So Cool!?

Over the last three years Lisa has performed live throughout Europe, Asia, Australia and the US with label-mate Miguel Migs, as well as working on her debut solo album with producers Eric Stamile (Speakeasy), Jay Denes (blue six) and co-writer Dave Warrin. This is scheduled to be released the summer of 2005. She is currently putting together a live outfit called Pedal Pusher with Miguel Migs for touring next year, but will continue to do her live PAs with Miguel as well.

There are many new projects and collaborations in store for Lisa over the next few years. Much, much more music to come.