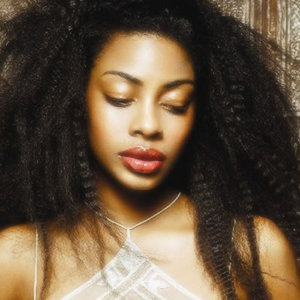 Ever since Gaelle Adisson broke through in the late 1990s with her popular dance hit "King Of My Castle" the lush-voiced singer has collaborated with artists as varied as Naked Music's Lisa Shaw, neo-soul hero Cee-Lo, R&B masters Jagged Edge and hip-hop star Esthero. In conjunction with production partner Eric Stamile and Naked Music, Gaelle is now coming out with Transient, a richly textured debut album that displays a stunning spectrum of musical styles?from the radio-friendly dance anthem ?Give It Back? to the darkly complex title track.

Creating music that defies definition comes naturally to Gaelle, who grew up in an African-American community in New Jersey the daughter of Haitian parents. Exposed as a child to the percussive, upbeat music of Haiti?as well as to the grooving, hip-hop sounds of urban radio and new wave music videos on TV?Gaelle takes a naturally broad-minded approach to singing and songwriting. With a view to elevating the events of everyday life to the realm of poetry, Transient explores mystery, wit, honesty and subtlety?subjects that are increasingly rare in current popular music.

?I've always felt there could be a happy marriage between many styles of music without compromising artistic integrity,? Gaelle explains. ?With this album I'd like to pave the way for other artists who would like to take a more innovative approach to expressing themselves. I also hope that what my music conveys will help some misunderstood person have a voice in this complex world.?

Singer/songwriter Gaelle Adisson started her life in music at an early age. Influenced by a mixture of her African-American childhood community and her parents' Haitian identity, Gaelle found herself writing music in her teens that was a cultural hybrid. By the time she moved to Atlanta at the age of 18, the aspiring singer had already written dozens of songs, and at the insistence of a close friend, was asked to perform vocals on some house music tracks that were being recorded by the then-unknown producer Chris Brann. The pair hit it off immediately, and Gaelle launched the beginning of her recording career.

Eventually, Gaelle found herself performing and recording with several producers and musicians. The result of this period of productivity was the song ?King of My Castle,? which she recorded with the Wamdue Project while she was still in her teens. This song became one of the most popular dance songs of the late 90's, and is still considered a classic in the UK dance scene. From that point Gaelle decided to start her production company, Speakeasy Music. During the period between her U.K. smash, and the recording of her debut album Transient, Gaelle concentrated on producing and remixing with her partner Eric Stamile.

Give it Back CDM