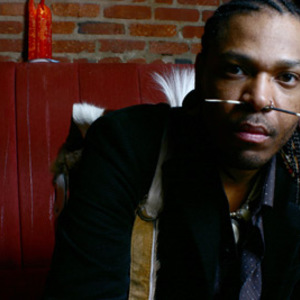 Osunlade is a gifted and respected deep house / nu-jazz producer and DJ. Growing up in a musical environment, he knew music would rule his life. As a teenager in the 70s, he joined the cast of Sesame Street and later began producing music for the show. An ordained priest of the African religion of If?, Osunlade's spirituality can be heard in the tribal percussion and even Latin and Brazilian rhythm influences of his music.

Osunlade moved to Los Angeles, California, where he worked with artists such as Patti LaBelle and Freddie Jackson. After a stint there, he moved to New York, where he founded Yoruba Records. To date, he has worked with such artists as Roy Ayers, Nkemdi Amadiume, Salif Keita and Ces&aacute;ria &Eacute;vora. In 2006, he released an album titled Aquarian Moon, in 2007, he released an album titled Elements Beyond on the revived Strictly Rhythm Records, and, in 2009, he released the album Passage.

Osunlade is a priest of the traditional Yoruba religion of If?. Because of his beliefs, Osunlade's music has a deep spiritual root in Yoruba traditions that are also reflected in the name of his record label, album covers, and also the titles of some of the tracks he has remixed such as "Obatala y Oduduwa" and "Yemeya."

A Man With No Past Originating The Future

The Day We Met For Coffee Vin