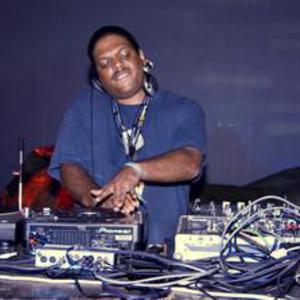 Kerri grew up in the New Jersey area during the days of the infamous Zanzibar club with resident DJ Tony Humpries. Kerri's father was a DJ as well, which gave Kerri a rich background in the origins of the New York Underground Sound (known also as "Garage" music). He made his DJ debut at the Rally Record Club in East Orange, New Jersey at the age of thirteen. Kerri eventually found himself intrigued with the production element in dance music and soon began to create his own grooves on his self-label, Express Records.

Kerri eventually found himself intrigued with the production element in dance music and soon began to create his own grooves on his self-label, Express Records. In 1991, Atlantic Records signed his debut single, "SuperLover/Get It Off." Despite his success, Kerri Chandler has always remained true to the spirit of the underground on tracks such as the "Atmosphere E.P." on Shelter Records and the seminal, "A Basement, Redlight and A Feeling" album on Madhouse.

Kerri prays before making a record, and injects his free spirit into his
productions. With a solid education in Garage grooves, Kerri takes vocals, rhythms and instruments and with uncanny precision pieces them together, delivering beautiful, monster jams. In the expanses of his breaks the odd counter rhythm will inexplicably appear for a second and then disappear, creating fleshy excitement, not mechanical repetition. His basslines go from heavy and heady to playful and quirky--always deliriously intoxicating. His hooks are loving details like horn hits, washes of synthesizer or catchy choruses that emerge to create songs from a maddening bulldozer of brutal drive. Here the dreamer takes hold, transporting us into a dimension of seemingly endless travel....