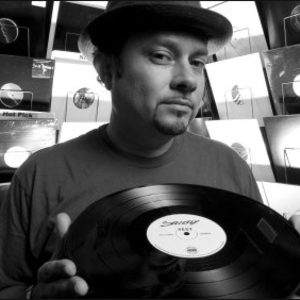 A New York, USA-based DJ, Vega's career began at high school at the age of 18, after watching his friends spin records. He played high school parties before eventually establishing his own label. He went on to DJ at the Devil's Nest (regarded as the birthplace of the New York 'freestyle' approach, alongside TKA and Sa-Fire), then Hearthrob and 1018. By the time he had reached the 4,000 capacity Studio 54 Todd Terry passed Vega his new mixes to try out on the crowd. His first remix job was 'Running' by Information Society, then Noel's 'Silent Morning'.

He even worked Debbie Gibson 's first record. He began his own-name productions with the instrumental 'Don't Tell Me' for SBK Records in 1989 and 'Keep On Pumpin' It Up' (as Freestyle Orchestra), before signing to CBS Records' subsidiary WTG Records with Latin singer Marc Anthony. He had previously been commissioned to write songs for the movie East Side Story, where he first met the singer. Together they hooked up for a Latin R&B flavoured album and single, 'Ride On The Rhythm', a huge club hit. He also worked with India, his girlfriend, and Todd Terry for the latter's 'Todd's Message'. Together with Barbara Tucker, Vega instigated the Underground Network Club in New York (he has also produced 'Beautiful People' for Tucker). Despite this background as an established house star, he is probably best known now for his work alongside Kenny 'Dope' Gonzalez as half of the Masters At Work remix team. He is not to be confused with Chicago house veteran Lil' Louis, or, for that matter, with the Louie Vega who remixed for Lakim Shabazz, despite the fact that both shared the same management. Vega's most recent remix clients include Juliet Roberts and Urban Species.