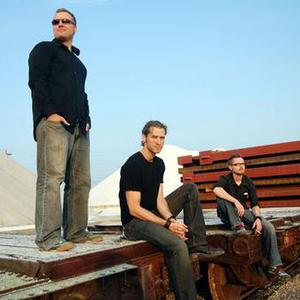 Lights Out Asia is an American downtempo and post-rock musical project that was formed in early 2003 when Chris Schafer and Mike Ystad (both members of Aurore Rien) decided to work on music together. Recording in bedrooms and basements, the duo had written and constructed a dozen songs on Mike's laptop by summertime. Thus was born 'Garmonia', Lights Out Asia's first documented recording as a band. 'Garmonia' found itself in the willing arms of Sun Sea Sky Productions, and Lights Out Asia found themselves ready to play live shows.

With the addition of longtime friend and space-rock veteran Michael Rush on guitar, Lights Out Asia continue to develop and hone their sound both in the studio and in live settings, infusing the sensibilities of indie rock, moody electronics and dream pop into cinematic spaces. Lights Out Asia's second full-length is called 'Tanks and Recognizers' and was released in 2007 on the n5MD label. Summer of 2008 saw the release of their third full-length release, "Eyes Like Brontide".

In The Days Of Jupiter