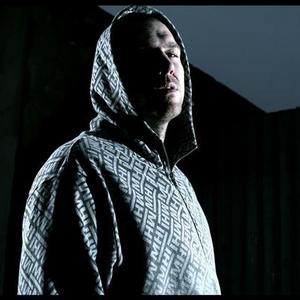 King Cannibal (b. Dylan Richards, aka Zilla), is a London, UK breakbeat / breakstep / dancehall / drum and bass / dubstep artist. He signed to Ninja Tune in 2008, following projects on Combat Recordings, Kriss & Rag & Bone Records - which crafted his ferocious take on dancehall & filthy bass-driven beats. It all began with a series of super-evolved mixes towards the latter end of the nineties as a reaction to the glut of uninspiring mix compilations that had began to flood the industry.

It all began with a series of super-evolved mixes towards the latter end of the nineties as a reaction to the glut of uninspiring mix compilations that had began to flood the industry. The first salvo against conformity was A Friendly Game of Chess , a self-funded, hand-sprayed, highly under-the-counter mix project with Lex Records DJ and friend Buddy Peace . The highly stylised conceptual expression of work that combined a rich fusion of textures together with strong themes and motifs began to ignite more than their own imaginations, selling out in just 48 hours and earning high praise on a global scale.

A Friendly Game Of Chess was swiftly followed by solo mixtape strike One Foot In The Fire, One Fist In The Air which earned numerous comparisions to Coldcuts 70 Minutes Of Madness'. Comprised of almost 100 tracks from Autechre to Britney Spears, interviews and spoken word interludes, the CD sold-out in a day, attracted attention from all corners and ended up in many a Best of 2004 list. Among those with their ears to the ground were Trash supremo Erol Alkan, notorious London promoters Wheels Instead of Hooves and the heads of both Ninja Tune and Warp Records.

After 2 appearances on the legendary Solid Steel radio show, the honour of being the first unsigned act to play at Strictly Kev & D.Ks Solid Steel clubnight, 4 sets with Buddy Peace at Dedbeat 04 in the course of one weekend and a number of European dates, Warp Records stepped in and invited Buddy Peace & Zilla to compile a retrospective of the label. Released late September 2004 as part of the ?WARP VISION The Videos' DVD, the mix entitled ?Watch And Repeat Play? was a startlingly original tour de force, over 70 minutes the two DJs re-worked and re-wired the label's back catalogue, twisting the already twisted into sonic maelstrom.

The Warp Vision Audio Visual / Resfest Tour followed, with appearances alongside artists such as Plaid, Chris Cunningham, Seiji, Mike Paradinas and Funkstorung and invitations to play at the Glade Festival, Trash, The Warp Summer Ball and The Poke Xmas Rave. It was these shows and the experience of playing live that inspired ZILLAs latest mix Grinted Teeth & Brawlsville , a year in the making, it was a more uptempo and aggressive yet challenging body of work that manages to find the link between party starting crunk of Lil' Jon and the dancefloor destroying sonics of The Aphex Twin.

Once again the great and the good were suitably impressed with praise coming from the likes of Kid 606, Knifehandchop and, again, Erol Alkan. The success of Grinted Teeth and ?ZILLA's growing reputation led to Domino Records inviting him to remix the final single from Test-Icicles, ?Biggest Mistake', a remix which has been rapturously received by everyone from Laurent Garnier to Lo Recordings Jon Tye.

Punishing remixes of Black Grass (Catskills), and New Flesh (Big Dada) have followed as ?ZILLA' perfected his twisted industrial take on dancehall, dubstep & drum n bass and in late 2006 he was asked to produce an EP for kid606's Shockout label.

Recieving massive support from Amon Tobin (Ninja Tune,) Combat Recordings and Rag And Bone Records, the results were so good that the one EP quickly became two, both of which are due for release in 2008 under ?ZILLA's brand new new alias KING CANNIBAL alongside other releases including work for Combat Recordings and Bong Ra's Kriss Records. Recent highlights from the past few months have included the ?ZILLA'/Autechre remixes of Unique 3 ?s The Theme (Fat! Records), Premier At Last featuring on The Chap's The Chop EP. and King Cannibal's ? Beneath The Surface on Uncharted Audio's new Signals imprint

Its not often that someone comes along and defines your opinion of the potential of djing. Over the course of two under-the-counter mix-cds, the man known as ZILLA has done just that. ? Fact Magazine

?..a great tune?put together like a dj's wet dream.?- Amon Tobin writing about Aragami Style (forthcoming on Shockout) for Urb

someone please give this guy a residency! ? D.K (Solid Steel/Ninja Tune).

It completely blew me away' ? Erol Alkan on ?One Foot in the Fire, One Fist in the Air'

A phenomenal mix by UK up-and-comers Buddy Peace & ZILLA? Besting even some of the most accomplished feats of creative cutting-and-pasting, the Watch And Repeat Play mix is a rarity that you have to get your paws on ? Scissorkick.com on ?Watch And Repeat Play'

?Zilla remix is absolutely brilliant ? I will playlist on the radio and play the hell out of it on the dancefloor!?- Laurent Garnier on Test-Icicles ? ?Biggest Mistake (Zilla remix)'

Other reactions for Grinted Teeth? Album of the Week- Boomkat, Warpmart and Banquet Records ?..the mix album of the year?- Fact Magazine ?stunning ??- Sounds Of The Universe