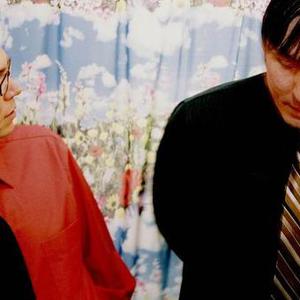 Kid Dakota is, predictably, a band with roots in South Dakota. Darren Jackson, who migrated to Minneapolis (where he still resides) after college, built Kid Dakota's sound upon his mid-90's self-produced bedroom recordings. Eventually, he met drummer Christopher McGuire, and music began to flow. Kid Dakota's notoriety increased when the 5 song EP So Pretty caught the attention of Low's Alan Sparhawk.

Kid Dakota's notoriety increased when the 5 song EP So Pretty caught the attention of Low's Alan Sparhawk. Kid Dakota has since evolved into a constantly changing cast of players centered around Jackson. In addition to the members of Low and Erik Applewick (Vicious Vicious), with whom Jackson formed The Olympic Hopefuls, since renamed to The Hopefuls, a new drummer, Ian Price has been added to the Kid Dakota sphere.

The slow, spacey, crescendo-ing guitar and vocals of this band move at a dirgelike pace, painting pictures of sadness, winter, and pain. The lyrics describe remorseful abuse of alcohol, drugs, and women, all social issues that brew underneath the surface in sleepy Midwestern towns. Their latest release, The West is the Future, is a more directed (and produced) album, which provides a deeper glimpse into those darker sides of Midwestern life.

Jackson reported in November of 2006 that recording of the next Kid Dakota album is "almost done," which leads most to believe that the band's third album will appear before too long into 2007.

Listen To The Crows As They Take Flight

The West Is The Future

Get Her Out Of My Heart (VLS)