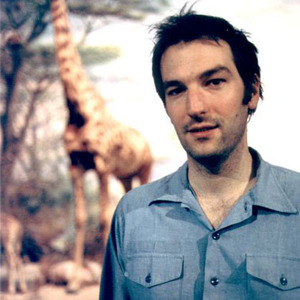 Multi-instrumentalist Kelley Stoltz grew up in the Detroit area, but eventually found his way to San Francisco after taking a detour to New York City, where he worked in the mailroom at Jeff Buckley's management company. Armed with a four-track recorder and tons of great ideas, Stoltz began recording his own songs, performing all the parts himself. These songs caught the ear of Monte Vallier, who helped Stoltz clean up and sweeten the recordings for release as The Past Was Faster on The Telegraph Company.

After that, Stoltz upgraded to an eight-track and self-released Antique Glow in a limited quantity of 200 vinyl copies, each one housed in a different, originally designed sleeve by Stoltz. Antique Glow was then picked up by Jackpine Social Club for wider release in 2003, which both raised his profile and allowed him to quit his teaching job. He then moved to Sub Pop, releasing the Sun Comes Through EP in late 2005 and the full-length Below the Branches in March of 2006. Stolz's band toured that summer as the opening act for the Raconteurs, and the musician returned in 2008 with his lushest production yet, Circular Sounds.

The Scuzzy Inputs Of Willie Weird