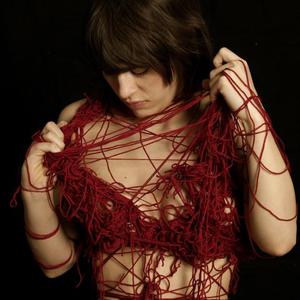 Katherine Elizabeth King (b. 1979), known by her stage name Kaki King, is a U.S. musician and composer. King is known for her percussive and jazz-tinged melodies, energetic live shows, unique use of multiple tunings on both acoustic and lap steel guitar, and her diverse range in different genres. King was born on the 24th August 1979 in Atlanta, Georgia, the first of two daughters. While King was a small child, her father noticed her natural musical ability, and encouraged her interest in music.

King was born on the 24th August 1979 in Atlanta, Georgia, the first of two daughters. While King was a small child, her father noticed her natural musical ability, and encouraged her interest in music. She was introduced to the guitar at the age of four, and played for several years, but after taking up the drums a few years later, they became her primary instrument as an adolescent.

Convinced that her break in music would come from being a drummer, King played in bands in high school with classmate Morgan Jahnig, who would later become the bassist of Old Crow Medicine Show. Upon graduating from The Westminster Schools in Atlanta in 1998, the two friends made their way to New York University. During her time there, King picked up the guitar again, and revisited the finger-style techniques that intrigued her as a child. From there, King played a few occasional gigs and busked in the New York subways.

In February 2006, Rolling Stone released a list of "The New Guitar Gods", with King as the sole woman and youngest artist honoured. In addition to a ten-year career that includes five LP and two EP albums, King has also spent significant time scoring music for television and film. She worked alongside Eddie Vedder and Michael Brook, contributing the music for the soundtrack to Sean Penn's Into the Wild, for which King, Vedder, and Brook were nominated for a Golden Globe Award for Best Original Score.

King's style combines fret-tapping with slap bass techniques, using the guitar for percussive beats, as well as sound layering and looping. Her playing style has been compared to Michael Hedges and Preston Reed; she explicitly cites the latter as an influence.

The Neck Is A Bridge To The Body

...Until We Felt Red