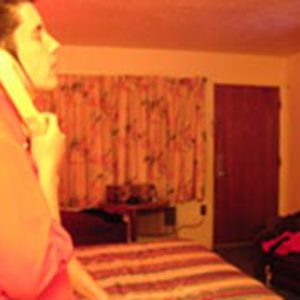 Marisa Anderson is a composer, guitarist and multi-instrumentalist living in Portland Oregon. She works solo and with others. Anderson's past projects include the Dolly Ranchers and the Evolutionary Jass Band as well as collaborations with many notable musicians including Tara Jane O'Neil, Mirah, Beth Ditto, Sarah Dougher, The Devil Makes Three, Cynthia Nelson and many others. Anderson's second solo record, The Golden Hour, will be released in January on Mississippi Records.

Anderson's second solo record, The Golden Hour, will be released in January on Mississippi Records. The Golden Hour is inspired by Delta blues, West African guitar, country and western radio from the 60?s and 70?s, gospel, noise, rhythms, cycles, mortality, and praise. The Golden Hour features 12 improvisations for guitar and lap steel.


Anderson's music has been featured on many soundtracks including, ?For the Love of Dolly', ?Girls Rock', and ?Gift To Winter'. Her debut solo recording ?Holiday Motel' was a 2006 Outmusic nominee for Best Female Debut Record.

Anderson works at the Rock ?n' Roll Camp for Girls where she runs the after-school program and the Ladies Rock Camps. Before arriving in Portland in 1999, Marisa walked across the US, toured with Circo De Manos through southern Mexico, was a founding member of the Chaos Collective and helped create the One Railroad Circus in Santa Fe, New Mexico.