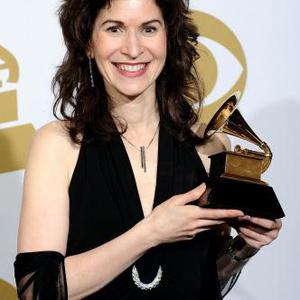 Sharon Isbin has been acclaimed for expanding the guitar repertoire with some of the finest new works of the century. She has commissioned and premiered more concerti than any other guitarist, as well as numerous solo and chamber works. Her American Landscapes (EMI/Virgin Classics) with the SPCO conducted by Hugh Wolff is the first-ever recording of American guitar concerti and features works written for her by John Corigliano, Joseph Schwantner, and Lukas Foss. (In November 1995, it was launched in the space shuttle Atlantis and presented to Russian cosmonauts during a rendezvous with Mir.

She has also recorded the Schwantner with Leonard Slatkin and the St. Louis Symphony. In January 2000, she premiered the ninth concerto written for her: Concert de Gaud? by Christopher Rouse with Christoph Eschenbach and the NDR Symphony, followed by performances with Andrew Litton and the Dallas Symphony, and David Zinman at the Aspen Music Festival. Among the many other composers who have written for her are Joan Tower, David Diamond, Ned Rorem, Aaron Jay Kernis and Leo Brouwer. In 2003, Sharon Isbin premiered the Joan Baez Suite written for her by John Duarte.

Ms. Isbin performs 60-100 concerts a season, and her 2005-6 highlights include a month-long U.S. tour with the Zurich Chamber Orchestra, as well as performances in New York's Town Hall, Washington D.C.'s Kennedy Center, Boston, St. Paul, Madison, Rome and many other cities. 2004-5 highlights included performances with the Pittsburgh, Pacific Symphony (Los Angeles), Memphis, Maryland, Oklahoma and Milan Verdi orchestras, a tour with the Tonk?nstler Orchestra in Vienna's Musikverein and throughout Austria, recitals in New York's 92nd St. Y, St. Louis, Aspen, California, Indiana, Italy and Prague Spring Festival, and a week of concerto and recital performances presented by the Th??tre du Ch?telet in Paris, including a world premiere composed by and performed with rock guitarist Steve Vai. On September 11, 2002, Ms. Isbin performed at Ground Zero for the reading of the names memorial and internationally televised broadcast, which included Yo-Yo Ma, Gil Shaham and the Juilliard String Quartet.

Dreams Of A World: Folk-Inspired Music For Guitar

Road To The Sun - Estrado Do Sol: Latin Romances For Guitar