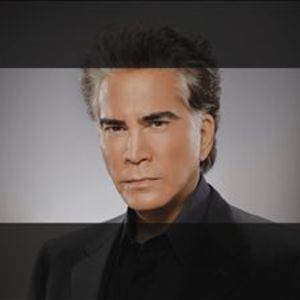 Jos? Luis Rodr?guez "El Puma" (born January 14, 1943 in Caracas) is a Venezuelan singer and actor who has recorded many international super hits and participated in a handful of telenovelas. He grew up in very modest conditions, having to shine shoes, and pack bags in a supermarket for a living at an early age. Without an academic formation, he shaped himself as a singer and actor by empirical means. Biography

He lost his father (of Canary Islands origin) at the age of six, and was raised by his mother (an illiterate then, learned to read as an adult in order to read the bible) along with 11 brothers and sisters. As his mother participated in the revolt against Marcos P?rez Jim?nez (holding weapons and hiding politicians in her home), he lived in exile in Ecuador with his mother and his brother for a couple of years.

Rodr?guez surfaced in Venezuela in the late 1960s and early 1970s, and was able to build a fan base there. He also participated in a famous commercial, along with his family during that time. Rodr?guez went to Puerto Rico, where he participated in Cristina Bazan along with Johanna Rosaly and young Adamari Lopez. While there, he got his nickname, El Puma. Later, he also made the Telenovela El ?dolo, with the Cuban actress Marylin Pupo. He played a character named Omar Contreras (a.k.a. El Puma)

Rodr?guez's main money revenue, however, was his singing career. His hits included Due?o De Nada, Pavo Real and Ag?rrense De Las Manos. With Pavo Real, he caused a controversy at the 1982 contest of Miss Universe. The contest was being held in Atlanta, a city in the Southern United States, and Pavo Real is a song about a mixed races matrimony. This didn't sit well with the organizers of the event.[citation needed]

Rodr?guez was married in 1980's with actress Lila Morillo, with whom he had 2 daughters. One of them, Liliana Rodr?guez Morillo, is a Venezuelan actress. Rodr?guez is a born-again Christian since age 33, and he loves meeting his fans and signing autographs for them. He claims to like classical music, mainly Mozart, Beethoven, and De Lucia. He is living in Miami, since his divorce with Morillo and soon found another romantic interest, with whom he has a daughter too. Her other daughter, Litzy Dom?nguez, was born in Mexico City and is a well-known singer and novela actress.

During September, 2004, Rodr?guez received two personal life blows, both of them related to rape: early during that month, actor Mauricio Islas was imprisoned in Miami, for allegedly committing statutory rape with Rodr?guez's youngest daughter, Genesis Rodr?guez, while they both filmed a telenovela. Soon after, his former wife Lila Morillo alleged that their second daughter, Lilibeth Rodr?guez, had been raped at the age of six by a house worker of the Rodr?guez-Morillo mansion in Venezuela.

One of his most recent projects is his participation in the Spanish version of Meet the Robinsons (Spanish title: "La Familia del Futuro" or The Family of the Future) as Wilbur Robinson's dad.

El Puma is currently the star of an advertising campaign for Wrigley's Eclipse gum [1]. The spots draw on his persona, using humor and kitsch to highlight the tagline, "Libera el Puma que hay en ti."