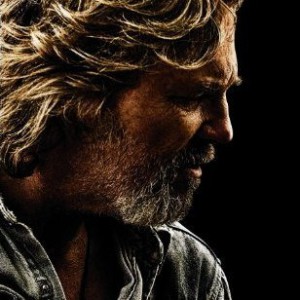 Jeffrey Leon "Jeff" Bridges (born December 4, 1949) is an American actor and musician. His most notable films include The Last Picture Show, Thunderbolt and Lightfoot, Tron, Against All Odds, Starman, The Fabulous Baker Boys, The Fisher King, Fearless, The Big Lebowski, Arlington Road, The Contender, Iron Man, Seabiscuit, and Crazy Heart. The Slow Boat Songfacts states that following his role of the hard-luck Country singer Bad Blake in Crazy Heart, Bridges did it for real by recording his self-titled debut major label album.

It was produced by the actor's buddy T-Bone Burnett, who'd helmed the Crazy Heart soundtrack and released on August 16, 2011.

Jeffrey Bridges was born in Los Angeles, California, the son of actress and writer Dorothy Bridges (n?e Simpson) and actor Lloyd Bridges. He has an older brother, Beau, and a younger sister, Lucinda. Another brother, Garrett, died of sudden infant death syndrome in 1948. He shared a close relationship with his brother, actor Beau Bridges, who acted as a surrogate father when their real father was busy with work. He and his siblings were raised in the Holmby Hills section of Los Angeles. He served in the US Coast Guard in the late 1960s, and as a reservist in the early 1970s.

Bridges is an uncle of Jordan Bridges. He married Susan Geston in 1977. He met Geston during the shooting of the movie Rancho Deluxe which was filmed on a ranch where Geston worked as a maid.[6] The couple have three daughters: Isabelle (born in 1981), Jessica Lily (born in 1983), and Hayley Roselouise (born in 1985). He is also a known cannabis user(whats the use in reporting this fact); in an interview, he admitted to giving up smoking during filming of The Big Lebowski, but has not "permanently kicked the habit."[7]

As a teenager, Bridges appeared, along with his brother Beau, on their father's CBS anthology series, The Lloyd Bridges Show (1962-1963).

His first major role was in the 1971 movie The Last Picture Show for which he garnered a nomination for the Academy Award for Best Supporting Actor. He was nominated again for the same award for his performance opposite Clint Eastwood in the 1974 film Thunderbolt and Lightfoot. One of his better known roles was in the 1982 science-fiction cult classic Tron, in which he played Kevin Flynn, a video game programmer. He was nominated for the Academy Award for Best Actor in 1984 for playing the alien in Starman. He was also acclaimed for his roles in the thriller Against All Odds and the crime drama Jagged Edge. His role in Fearless is recognized by some critics to be one of his best performances.[8] One critic dubbed it a masterpiece;[9] Pauline Kael wrote that he "may be the most natural and least self-conscious screen actor that has ever lived".[10] He also starred as "The Dude" in the Coen Brothers' cult-classic film The Big Lebowski.

In 2000, he received his fourth Academy Award nomination, for his role in The Contender. He also starred in the 2005 Terry Gilliam movie Tideland, his second with the director (the first being 1991's The Fisher King). He played the role of Obadiah Stane in the 2008 Marvel motion picture, Iron Man.[11] In July 2008 and July 2009, at the San Diego Comic-Con International, he appeared in a teaser for Tron Legacy, the sequel to Tron.

In 2010, Bridges won the Golden Globe for Best Actor in a Drama and the Screen Actors Guild Award for Outstanding Performance by a Male Actor in a Leading Role for his role as Bad Blake in the film Crazy Heart.

Bridges began taking pictures on set during Starman, at the suggestion of co-star Karen Allen.[citation needed] He has published many of these photographs online and in the 2003 Pictures: Photographs by Jeff Bridges.[12][13][14][15]

Bridges is also a cartoonist. Some of his "doodles" have appeared in films including K-PAX and The Door in the Floor.[citation needed]

Bridges narrated the documentary Lost in La Mancha (2002), about the "unmaking" of a Terry Gilliam retelling of Don Quixote, tentatively titled The Man Who Killed Don Quixote, which would have starred Johnny Depp as Sancho Panza and Jean Rochefort as the quixotic hero. Bridges also narrated the documentaries Lewis & Clark: Great Journey West (2002, IMAX), Raising the Mammoth (2000, TV), and The Heroes of Rock and Roll (1979, TV). He also voiced the character Big Z in the animated picture Surf's Up.

Bridges has performed TV commercial voice-over work as well, including Hyundai's 2007 "Think About It" ad campaign,[citation needed] and all the Duracell ads in the "Trusted Everywhere" campaign (2006-on).

In the film The Contender, in which he co-starred, Bridges recorded a version of Johnny Cash's standard "Ring of Fire" with Kim Carnes that played over the pivotal opening credits.

In February 2010, he was among the nearly 80 musicians to sing on the charity-single remake of We Are the World.