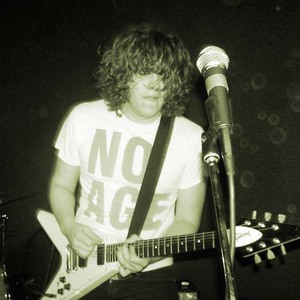 Having founded seminal Memphis punk outfit Reatards at the tender age of sixteen, Jay Reatard (May 1, 1980 - January 13, 2010) was a seasoned veteran of the garage-punk scene. In the '90s Reatards turned the Memphis underground rock scene upside down with a legendary live show so over-the-top that they were banned in a number of European countries. Never content to stick to one genre, one project or one band, Jay also co-led the synth-punk Lost Sounds with Alicja Trout...

Never content to stick to one genre, one project or one band, Jay also co-led the synth-punk Lost Sounds with Alicja Trout, played drums for The Final Solutions, pursued the solo project Terror Visions, co-fronted The angry angles and ran his own label, Shattered Records.

In 2006, In The Red announced the release of Blood Visions, Jay's first album as a solo artist, which combined the aggressive approach of Reatards with a melodic pop sensibility, and production recalling classic UK punk records -- The Adverts (who he covered), Siouxsie & The Banshees, ATV, etc.

On January 13, 2010, Jay was found dead at the age of 29 at his home in Memphis. A statement was posted on the website of Goner Records that Reatard had died in his sleep. His autopsy reported he died of cocaine toxicity and alcohol as a contributing factor.

Jay Reatard on My Space http://www.myspace.com/jayreatard