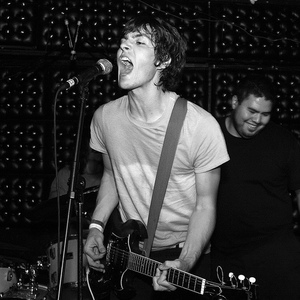 A combustive mix of glam rock riffs, power pop melodies, and lots of punk energy, Cheap Time are the brainchild of Jeffrey Novak, a Tennessee native who began playing in punk bands in his teens. His groups include Jeffrey Novak's One Man Band and the ultra-raw Rat Traps; when the Rat Traps retired in 2006, Novak formed Cheap Time with Be Your Own Pet's Jemina Pearl on bass and Nathan Vasquez on drums.

This version of the band was heavily influenced by the Runaways and early Redd Kross, and released its debut 7" on Sweet Rot in 2007. Pearl and Vasquez left the band to concentrate on Be Your Own Pet, and were replaced by bassist Stephen and drummer Jon. The band's sound also shifted: Novak took some songs inspired by glam and power pop acts like the Quick, Sparks, and Milk 'N' Cookies -- which were intended for another project, the Peoploids -- and turned them into Cheap Time songs. Early in 2008, the revamped Cheap Time issued another 7" on Douche Master in advance of their self-titled full-length on In the Red, which arrived that spring.