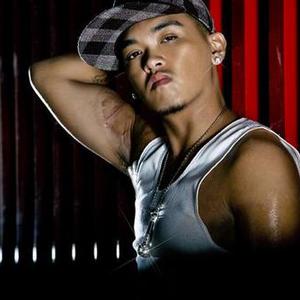 Israel Ka'ano'i Kamakawiwo'ole was born May 20, 1959 to Henry (aka Tiny) KaleiAloha Naniwa Kamakwiwo'ole Jr. and Evangeline Leinani (Keale) Kamakawiwo'ole. He lived the first 10 years of his life in Palolo Valley on O'ahu. Then the family moved to Makaha. He started playing music with his older brother Skippy when he was just 11 years old. But that isn't surprising, as Israel came from a musical family. His uncle is Moe Keale, a living legend in Hawai.

One day when he was 15 years old, Israel was sitting at a picnic table on Makaha Beach playing his ukulele when Jerry Koko stopped by to talk story. Jerry invited Israel over to his house to kanikapila (play music). He then met Moon Kauakahi and Jerry's brother, John Koko. Israel told the boys about his brother, Skippy, and how he could play guitar. After playing togther for awhile, the boys decided to start a group and the Makaha Sons of Ni'ihau were born. First consisting of Israel, Skippy, Moon, Mel Amina (Israel's cousin) and Sam Grey, their first big break was being on the Jerry Lewis telethon.