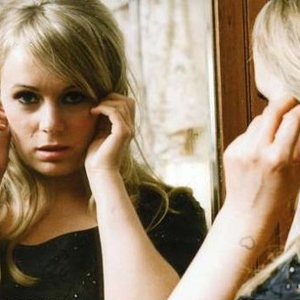 Isobel Campbell (born April 27, 1976) is a Scottish singer, cellist and composer in the indie and folk genres. As with her former band Belle and Sebastian, she is often labelled as twee pop. Campbell was a member of Belle and Sebastian from their formation in Glasgow in 1996 until 2002, when she departed the band for personal reasons. Isobel played cello with Belle and Sebastian and sang backing vocals. She also took lead vocals on a few songs from the band, and co-wrote their top-20 U.K. single Legal Man.

In 2006 Isobel released a collaborative LP (Ballad of the Broken Seas) with former Screaming Trees and Queens of the Stone Age singer Mark Lanegan, a mixture of folk and more rock-orientated music. October 2006 also saw the release of her latest album, Milkwhite Sheets, a more acoustic folk album, consisting of a mixture of traditional songs alonside Isobel's own compositions.

Isobel's band The Gentle Waves released its first album on jeepster Records, titled The Green Fields of Foreverland, in 1999. The second Gentle Waves record, Swansong For You came out one year later. In 2002, she collaborated with Scottish jazz musician Bill Wells on a collection of Billie Holliday songs, released by Creeping Bent.

In 2003 Campbell released Amorino, the first solo album under her own name, to very good reviews. Bill Wells was featured here again, along with other jazz musicians.

Isobel Campbell & Mark Lanegan form a unique combination of gruff vocals and dulcet voices. They have released three albums so far: Ballad of the Broken Seas, which received a nomination in the 2006 Mercury Awards, Sunday At Devil Dirt, which was released in May 2008. The album received US release in Fall 2008. And finally their third album Hawk was released in August 2010.

There Is No Other…