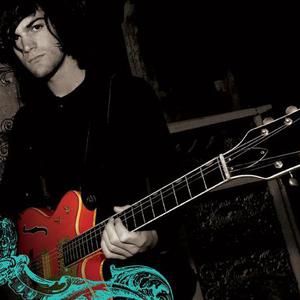 The sophomore record is notoriously one of the toughest hurdles a young musician has to clear?you've got to strike the perfect balance between where you want to take your music and the identity you've established for your audience. Singer/songwriter Ian Walsh has pulled off the juggling act with flying colors in the form of Seeing Stars, set for release September 25 on Plus 5 Records. It's been just over a year since the New Englander's moving, critically acclaimed debut, Please Remember.

It's been just over a year since the New Englander's moving, critically acclaimed debut, Please Remember. In the interim, Walsh has been touring relentlessly, forging an enduring connection with fans across the country. His commitment has brought change in bulk?relocating to Boston, taking a leave of absence from Berklee College of Music to focus solely on his career, and finding an incredible cast of bandmates. New recruits Wiley Esten (guitar), Jamie Orlando (keyboards) and Jesse Devine (bass) are the perfect complements to multi-instrumentalist Walsh and longtime drummer Cam Tyler.

As for Seeing Stars?recorded at Hammerhead Studios with producer Ritchie Rubini and Grammy-winning engineer Nick DiDia? it replicates Please Remember's organic sensibility, but with a welcome infusion of energy. Walsh's confessional narratives shine throughout, particularly on the yearning ?Melissa? and ?Casting Shadows.?

??Melissa' was just a little love song never meant to make it on any record,? Walsh reveals. ?It was more of a plea for a loved one to notice what was going on. The song has a sad yet happy, angry yet forgiving tone. As for the [title], it is indeed about my girlfriend Melissa, but many people have already given me hell about the Allman Brothers' ?Melissa.' I have no problem telling them that that was the whole point! She was named after the Allman Brothers' song, so I named the song after her.?

As for ?Casting Shadows,? ?[it] was really just a song that I sat down at the piano and starting vibing over the main piano riff,? he continues. ?The lyrics reflect on many past experiences. The ?you' and the ?she' in the song are many different people.

Expect Walsh to take those earnest anthems to the road yet again this fall. The raw emotion and beauty of his new collection is impressive, but it's hard to imagine anything less, even a mere two albums into what is shaping up to be a stellar career.