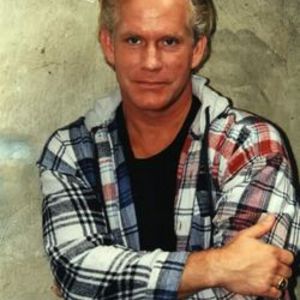 Steven Neal Barton was born on June 26, 1954 in Hot Springs, Arkansas, as youngest from 3 children of his parents, Tom and Mary Barton. He grew up in Nederland, Texas.

He played leading roles in West Side Story, Godspell, Romeo and Juliet, The Fantasticks, The Threepenny Opera, Oklahoma!, Jesus Christ Superstar, Evita, Guys and Dolls, and Camelot, before playing the role of Munkustrap in the Original Vienna Cast of Cats, at the 'Theater an der Wien'. At the 'Theater des Westens' in Berlin, he played roles in Guys and Dolls, Jesus Christ Superstar (as Jesus), La Cage aux Folles (as both Jean Michel and Albin/Zaza) and was playing Robert in Company when he got the audition news for Andrew Lloyd Webber's The Phantom of the Opera in London.

Steve Barton was married to dancer and choreographer Denny Berry, (Dance Supervisor for the North American productions of The Phantom of the Opera), who he met at college. They have a son, Edward, who was born in Vienna, in 1984. Steve and Denny had a Presidental Scholarship at the University of Texas named for them. Steve Barton has also been named an Honorary Chairperson for the Steadman/Hawkins Sports Medicine Foundation and was an honorary member of the Board of Education at the University of Texas, in Austin.

In 1996 Steve Barton returned to Vienna, where he took over the part of the Beast in Disney's Die Sch?ne und das Biest. He originated Graf von Krolock in Roman Polanski's Tanz der Vampire, (Music: Jim Steinman, Lyrics: Michael Kunze), a role which brought him in 1998 an IMAGE (International Music Award Germany). He played Graf von Krolock until January 17, 1999. In 1997 Steve Barton during this role would be in his 30-year onstage anniversary to celebrate. Tanz der Vampire was also the last musical in which Steve Barton stood on a stage. He died unexpectedly on July 21, 2001 at the age of 47 years in Bremen, Germany. His ashes were buried in his native country in Texas, USA, in August 2001.

Note:
An entry, which also this short biography contains, was written by me in the end of 2004 in German and English language for the free encyclopedia WIKIPEDIA and is to be reread there under "Steve Barton".