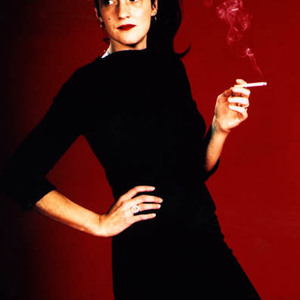 Holly Golightly started her musical career as a founding member of all girl garage band Thee Headcoatees, a Billy Childish/Thee Headcoats splinter group in 1991. She spent a good few years as a Headcoatee before making her debut solo record, The Good Things, in 1995. Where the Headcoatees sound was a blend of girl-group sounds and three-chord garage-rock, with all the original songs coming from the pen of Billy Childish, Holly's solo sound is more a blend of pre-rock electric blues, folk, soul and less frantic elements of rock & roll.

Where the Headcoatees sound was a blend of girl-group sounds and three-chord garage-rock, with all the original songs coming from the pen of Billy Childish, Holly's solo sound is more a blend of pre-rock electric blues, folk, soul and less frantic elements of rock & roll. Apart from the wide range of covers of such artists as Willie Dixon, Ike Turner, Lee Hazelwood, Wreckless Eric, and Bill Withers, Golightly also writes her own material.

Since her debut LP in 1995, Golightly has been very prolific, releasing fifteen albums and a bounty of singles for a wide variety of labels. Holly's sound has remained remarkably consistent throughout, but each record has a quality that sets it apart from the other releases.

In 1999 Surefire released an LP, In Blood, on which Billy Childish and Holly Golightly sing duets and the two of them celebrate One Chord, One Sound, One Song.

2001's Desperate Little Town, released on Sympathy for The Record Industry, another collaboration (this time with Dan Melchior) marked a bit of a stylistic diversion as it is a relaxed and mostly acoustic record. In the same year she also collected up all thirteen of her singles and E.P's onto one double album called Single's Round-Up.

After playing several shows with The White Stripes, in the USA, and then supporting them at their some of their London shows, Holly has been good friends with Jack and Meg for some time, recording a duet with them 'It's True That We Love One Another', for their album Elephant.

Holly has also recorded in the US with The Greenhornes and they released a special Christmas 2002 single together on Damaged Goods called Little Stars. Holly appeared on the Greenhornes album Dual Mono which is out in the States on Telstar. And Holly sings lead vocal on the track 'There's An End', which featured as the title track for the film, Broken Flowers.

Over the years Holly has been guest vocalist on various other bands projects, including live with Mudhoney and on several Rocket From The Crypt releases. Her most recent album 2005's 'Slowly But Surely' released on Damaged Goods and recorded, as usual, by Liam Watson at ToeRag Studios in London.

There was also a 7", 'Walk A Mile' taken from the album, with an exclusive b-side Don't Fuck Around With Love featuring the ever wonderful Sexton Ming.

Do The Get Along

Long Distance (With The Brokeoffs)

You Can't Buy A Gun When You're Crying (With The Brokeoffs)