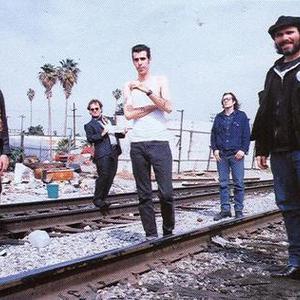 The initial '68 Comeback lineup consisted of Monsieur Evans on vocals, guitar, and blues harp; Jack Taylor of the Monster Truck Five and Darin Lin Wood of the Red Devils on guitar; ex-Gloryhole member, Dan Brown, on bass; and Peggy O'Neil, formerly of The Gories, on drums. With this lineup the band released a number of well-received 7" singles and then began the first leg of a 60-day, 42-city U.S. tour. The tour immediately ran into problems when drummer Peggy O'Neil was unable to perform, leaving the band without a drummer in the midst of a cross-country tour. This position was eventually filled by then-Compulsive Gambler and future Oblivians frontman Greg Cartwright.

With the success of their first tour under their belt, the band re-entered the studio, completing their first EP, "Paper Boy Blues", in 1993, and their first full-length, "Mr. Downchild", in 1994. The band continued its rigorous release schedule, issuing a number of 7" before heading back into the studio, this time with Walter Daniels and backed by former stand-in drummer Greg Cartwright's Oblivians for what would eventually become the Walter Daniels Plays With Monsieur Jeffrey Evans & The Oblivians At Melissa's Garage" EP, later re-released with additional tracks as "Melissa's Garage Revisited."

In 1998, following a number of personnel changes, the band released the 21-track double LP, A Bridge Too Fuckin' Far. The album was dedicated to original guitarist Jack Taylor who had recently died of a drug overdose. This album was followed in 1999 by Love Always Wins, an album primarily of cover songs which is widely considered to be the band's most accessible album to date.

The 2000s saw '68 Comeback on hiatus as Monsieur Evans pursued a solo career, releasing albums with the C.C. Riders, the Porch Ghouls, and eventually reuniting with Walter Daniels and ex-Oblivan, Jack Yarber, for the band South Filthy.