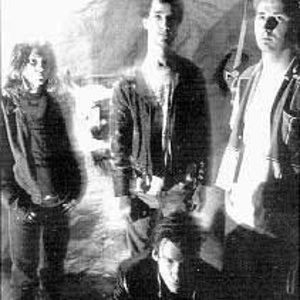 Folding together equal portions of greasy '50s pop, Memphis-style rhythm & blues, and a punk rocker's sense of casual experimentation and musical cross breeding, the Compulsive Gamblers were at the forefront of the Memphis roots punk scene, alongside such bands as the Gibson Bros. and '68 Comeback, creating a sound that was at once sinister, comical, and full of potent groove. The Compulsive Gamblers were formed in Memphis, TN, in 1990 by Greg Cartwright and Jack Yarber, two friends who had played in a number of rough and ready punk bands in the deep south.

Originally calling themselves the Painkillers, by 1991 guitar maulers Cartwright and Yarber were joined by Philip "Flipper" Tubb on keyboards, drummer Rod "Bushrod" Thomas, and fiddler Greg Easterly, and the new handle the Compulsive Gamblers was adopted.
Hitting the Memphis club circuit, the band recorded a four-song EP, Joker, in someone's kitchen in late 1991; released a year later, the record helped to win them a local following, and two more discs, Church Goin' and Goodtime, followed in 1994.
However, while the singles did reasonably well and the band began developing a powerful reputation on the road as a first-class live act, after Thomas and Easterly relocated to New Orleans, it became difficult for the band to hold together, and in 1995 the band broke up, with their recordings compiled on a CD released by Sympathy for the Record Industry, Gamblin' Days Are Over.
Cartwright and Yarber almost immediately re-emerged with a new group, the Oblivians (in which they renamed themselves Greg Oblivian and Jack Oblivian), but after the Oblivians folded in 1997, Greg and Jack opted to give the Compulsive Gamblers another try, this time as a three-piece with Thomas back behind the drums. The new Compulsive Gamblers trio released an album, Bluff City, in 1999, and added bassist Jeff Meier for a European tour later that year. Brendan Lee Spengler signed on as keyboardist in time to record the Crystal Gazing Luck Amazing album, and a live set followed in 2003. The Compulsive Gamblers also had the honor of backing up R&B legend Andre Williams on several cuts on his album The Black Godfather.

Gambling Days Are Over