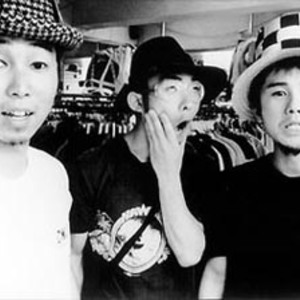 Hi-Standard are a Japanese punk rock group who formed in 1991. Since then, they have become a popular and influential part of Japanese underground music. The release of their hugely popular "Making the Road" sparked sold-out Japan shows and US/European tours with punk bands such as NOFX, Wizo, and No Use For A Name. Although Hi-Standard were Japanese born, all of their major releases were sung in English. Live footage of the band shows them talking to the crowd in their native Japanese and then immediately changing to English for the songs.

Style
Although classed as a 'punk rock' band, lyrically they were not angry or politically charged like many other punk bands. Many songs were about meeting a new girl, lost love, or the transition from teenage years to adulthood. The song "Teenagers are all assholes" from their final LP "Making the road" talks about how there is no justification for violence, with lyrics such as "Don't torment your friends and neighbors/Someday you'll see you are small/There is no good reason to assault somebody/If you wanna beat someone/Beat yourself". Musically they were very similar to many other popular punk-rock bands that were big in the 90's, such as NOFX, Millencolin and The Vandals; most of their songs were very fast and catchy, with a few slower songs scattered here and there. "Making the road" was probably their most musically diverse release, featuring some very fast, hard songs (Just Rock, Crows) mixed in with slower songs (Endless Trip, Dear my Friends) and even a gentle piccolo-driven instrumental (Tinkerbell Hates Goatees). The band was considered to be very talented musically, with the fast, tight, powerful drumming and creative guitar work often standing out.


Hiatus
After recording five albums, the band entered a hiatus in August of 2000, shortly after playing "Air Jam 2000". Ken Yokoyama began working on other projects, including BBQ CHICKENS and Ken Band, which is now simply known as Ken Yokoyama. Yokoyama revisited the bands original label Pizza of Death Records, which has since signed many punk and alternative rock bands. Akihiro Nanba's newest project is Ultra BRAiN. According to CDJapan, Nanba proclaims their debut album, Neo Punk, to be the birth of neo-punk [1]. Akira Tsuneoka now provides the drums for the group, CUBISMO GRAFICO. Although the band has never officially called it quits, as time goes on it is looking more and more unlikely that they will play together again, especially now that each member has gone on to different projects. However, fans still hope to one day see a reunion show.