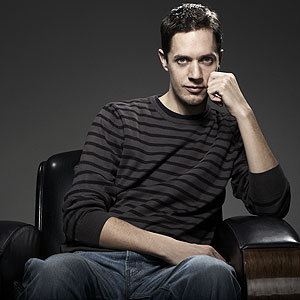 Fabien Marsaud also known as Grand Corps Malade ( Big [in the sense of tall] Sick Body) is a French slammer born july the 31st of 1977 at Blanc-Mesnil in Seine-Saint-Denis. He is the first French artist to help slam expand in France.

In July 1997, after an accident in a pool he learns he will never be able to walk again. In 1999,after a year of reeducation he can walk again. It is in reference to this experience he has taken the pseudonyme Grand Corps Malade.

His first album, Midi 20, had a lot of coverage and helped the French public discover slam.
Sometimes a capella, often accompanied by a minimalist melody in the background ( which allows for him to accord a bigger place for the depth of his texts), his tracks mix humor, references and poetry.