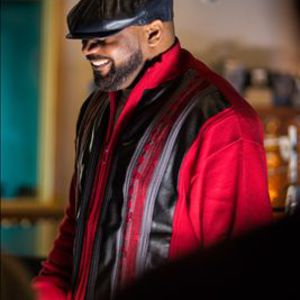 Dennis Coles (born May 9, 1970 in Staten Island, New York), better known by the stage name Ghostface Killah, is an American rapper. Ghostface first rose to fame as a member of the Wu-Tang Clan hip hop collective. After the group achieved breakthrough success in the early-mid 1990s, each member was free to pursue solo careers; Ghostface's would turn out to be one of the most critically and commercially successful of the group, regardless of, and perhaps due to, his loyalty to his obscure yet highly vivid lyrics and 1970's soul sound.

Early in his career, he would wear a mask during performances and photo shoots; it was rumored that this was because Ghostface was wanted by the police and did not publicly remove it until his name was cleared. He is a former follower of The Nation of Gods and Earths and currently a Sunni Muslim. After converting, he changed his name to Abdul Raheem.

Ghostface Killah debuted with the rest of the Wu-Tang Clan on "Protect Ya Neck" and "Tearz" from the Clan's critically acclaimed debut, 1993's Enter the Wu-Tang (36 Chambers). A roommate of Wu-Tang founder The RZA, Ghostface helped bring together the other seven members, and would function as executive producer on all the Wu-Tang Clan releases.

In 1995, Ghostface would guest star extensively on fellow Clan member Raekwon's debut album, Only Built 4 Cuban Linx.... He also contributed songs to the Sunset Park and Don't Be A Menace To South Central While Drinking Your Juice In The Hood soundtracks, which would be included on his first solo LP, Ironman, in 1996. The album, which debuted at #2 on the Billboard 200, had a more pronounced soul influence (particularly 1970s soul) than previous Wu-Tang releases, and Ghostface's future albums would continue this stylistic trait.

Ghostface became well-known for both his up-tempo, seemingly indecipherable stream-of-consciousness rap and, later in his career, for his emotionally charged raps. In 1996 he would discover that he was diabetic, a condition that would severely weaken his health. According to "Trials of Life", a 2007 song with fellow New York rapper Prodigy (himself a sickle-cell anemic), Ghostface assumed he had been stricken by a sexually transmitted disease until he received the diabetes diagnosis. This assumption was brought on by a rapid weightloss he experienced and that he had "went raw on plenty".[3]

He would return in 2000 with his follow-up to Ironman, Supreme Clientele, which was critically acclaimed by both hip hop enthusiasts and mainstream critics, and largely credited as reviving the waning Wu-Tang dynasty. "Cherchez LaGhost", a single off the album, became a minor club hit, and the sentimental "Child's Play" brought numerous comparisons with Slick Rick.

Ghostface wasted little time in recording his next album, the heavily R&B-influenced Bulletproof Wallets, released a year after Supreme Clientele. He had another minor club hit with "Flowers", which features guest vocals from fellow Wu-Tang members Method Man and Raekwon, although the album would be met with disappointing sales and reviews.

Signing with Def Jam Records, Ghostface (officially but temporarily dropping the "Killah") released The Pretty Toney Album in April 2004. The album, while containing two RZA productions, featured none of the Clan; instead, it featured collaborations with Missy Elliott, D-Block and Jacki-O. The singles "Tush" and "Run", the collaborations with Missy and Jadakiss respectively, achieved moderate success in the clubs and charts, and the album was featured on numerous "best of the year" lists, including number nine on Pitchfork Media's.[4] Ghostface also appeared on the track "On My Knees" by UK R&B group The 411, which became a hit in the UK and Australia, and released an album titled 718 (after the Staten Island area code) with a group of his Prot?g?s, the Theodore Unit. In November 2005, Ghostface and Theodore Unit's breakout star Trife Da God released a joint project, Put It On The Line.

In 2006, Ghostface teamed up with underground favorite MF DOOM for a still unreleased album entitled Swift & Changeable. MF DOOM also produced several songs for Ghostface's 2006 album Fishscale, which was once again attributed to "Ghostface Killah". The album debuted strongly, in the #4 position on the US Billboard 200 and at #2 on the R&B charts,[5] the rapper's most auspicious chart showing since the heyday of the Wu-Tang Clan and the release of his solo debut. The album also nearly unanimously received positive reviews. Ghostface embarked on a limited-date tour of US venues in support of the album, performing several of his concerts together with most members of the Wu-Tang Clan.

Also in 2006, Ghostface opened an online-poker room, GFK Poker. He has worked with 4Cast to produce his own action figure.

During Only Built 4 Cuban Linx... he focused chiefly on imagery and the use of Wu-Tang's distinctive half-Five Percenter half-slang lyrics.

Ghostface is sometimes considered the least understandable lyricist of the Clan, but also as one of the best. His verses are sometimes stream of consciousness rants. He developed his style, including his storytelling ability, during his solo career and, with the aid of a hand held tape recorder, while making drug deliveries. Ghost often eschews the use of punchlines or similes for metaphors.

Ghostface has an eccentric collection of unique jewelry that he mentions frequently in verse and interviews. Items heavily referenced are his "eagle bracelet", a golden eagle statuette worn on his forearm (which has since been melted down), as well as the "Versace Plate" medallion. He also has an affinity for Clark's Wallabee shoes. On the cover of his debut album Ironman, he is pictured with Raekwon and Cappadonna holding several pairs of brightly colored Wallabees. Ghostface actually devised a way of dying Wallabees different, interesting colors, which were the height of fashion at the time. Ghost can be heard discussing this technique on the Cuban Linx record, where he describes dying a pair blue and cream. Often at shows, Ghostface will make a point not to remove his copious layers of clothing, despite the sweltering heat of the stage lights and venue.

Coles' stage name is derived from the alias of the primary villain from Ninja Checkmate, also known as The Mystery of Chess Boxing (martial arts films had been a major influence on the group).

His original stage name, which has undergone a number of variations:

Ghostface particularly identified with Tony Stark's reliance on the Iron Man armor for sustaining his health, particularly while Ghost was battling diabetes.

Ghostace has a love for Clark's Wallabees shoes, as well as custom dieing them different colors, evident on the cover of Ironman (1996).

Ghostface and Raekwon "subliminally" dissed The Notorious B.I.G. in several songs, most notably on 1995's Only Built 4 Cuban Linx... skit, "Shark Niggaz (Biters)", wherein the pair make angry references to Bad Boy Records' use of cover art motif from Nas' debut (a portrait of the artist as a child) for B.I.G.'s Ready To Die album. Nas refers to this episode in his song "Last Real Nigga Alive" (from 2002's God's Son), where he confirms the tensions between Raekwon, Ghost and Biggie. On "Ice Water", also from Cuban Linx, Raekwon raps, "to top it all off, beef with White/ Pullin' bleach out, tryna throw it in my eyesight." The Notorious B.I.G., who often referred to himself as "The Black Frank White", would respond on "Kick in the Door" by saying "Fuck that, why try? Throw bleach in your eye." Despite this conflict, Biggie was a fan of the Wu-Tang Clan, collaborating with Method Man and The RZA on his first and second albums respectively and performing live with Ol' Dirty Bastard on occasion. As Method Man would say in a 2004 XXL interview, Ghostface and Raekwon "don't like anybody". Despite this, perhaps out of respect for the dead, a bonus track featuring the late B.I.G. (as well as Raekwon) was included on Ghostface's 2006 album Fishscale.

After badmouthing Wu-Tang at a concert, Bad Boy recording artist Mase had a run-in with Ghostface and his entourage at New York City club. There was a physical altercation between the two camps, and Mase was left with a broken jaw. This incident became a point of reference for various rappers, including Kanye West on "Through The Wire", "If you could feel how my face felt you would know how Mase felt", and fellow Wu-Tang Killa Bee Shyheim, who witnessed the incident and referred to it in freestyle as the time "Ghostface retired Mase". Ghostface touched on it himself on the track Malcolm "Yo I champunch Mase in his face over some bullshit the other night". In the June 2007 issue of Hip Hop Connection, Wu-Tang affiliate Cilvaringz stated that Ghostface had in fact done jail time for "beating up" Mase.

Ghostface also had a feud with 50 Cent in the late 1990s and early 2000s, but unlike other beefs involving Fifty which are typically played out in front of the media, this was not as highly-publicized. On 50 Cent's debut record How To Rob (An Industry Nigga), in which he aims insults at many high-profile rappers and R&B singers, he threatens to rob Ghostface, Raekwon and RZA of their pointed, "funny ass rings"; he would rob Ol Dirty Bastard, "but that'd be a waste of time". Shortly after the release, Ghostface, Superb, Killa Sin and others were accused of attacking several of 50 Cent's associates at the Hot 97 radio sation; another of 50's associates named "Zoo" was robbed by a member of Killarmy. The Wu-affiliated American Cream Team recorded a diss, a song that was widely distributed on the Internet credited to the Wu-Tang Clan. A skit on 2000's Supreme Clientele, "Clyde Smith", features a low-pitched recording (of Raekwon) naming 50 Cent and derisively making comments on his behavior and methods of attracting media attention through publicized "beef" with other rappers. Around this time, a 50 Cent freestyle dissing the Wu-Tang Clan began circulating; in his ad-libs at the end of the song, he derides them for their frequent use of the term "god" and the poverty of their hometown Staten Island. There have been various rumors of altercations between Ghostface and 50 Cent: one describes Fifty being thrown down a flight of stairs by Ghostface, another claims members of Wu-Tang's entourage robbed Tony Yayo and 50 Cent at gunpoint. However, none have been verified. Since 50 Cent's rise to fame, both he and Ghostface have discussed the supposed beef in interviews, both saying that nothing serious had ever happened.

In July 2007, during a Spin magazine interview with 50 Cent, Tony Yayo alleged that Ghostface did not write his critically acclaimed album Supreme Clientele, but that it was written by long-time Ghostface collaborator Superb. Along with saying Ghostface had a ghostwriter, Yayo also made statements that Wu-Tang Clan's success is over, and that their creativity and lyrical skill doesn't matter anymore since it does not sell to the mainstream. 50 Cent however denied the stronger allegations: "I don't know nothing about any of that. He's the writer. I'm not gonna say he ain't write it."[7]

In an interview with hiphopdx.com Raekwon, who also appears on the album responded saying: "He [Tony Yayo] know damn well he [Superb] ain't write that fuckin' album. I don't even wanna get into shit like that, because it just makes me upset that muthafuckas be running they mouth all kinda ways. But at the end of the day, I think Ghost gonna have to really say what he gotta say."[1]

Ghostface ridiculed the "snap" group D4L throughout his 2005 tour, mocking the "snap dance" while his DJ played their hit song "Laffy Taffy".[citation needed] Ghostface, however, neglected to do this routine when he performed in their hometown of Atlanta.[citation needed] D4L refused to respond in interviews.