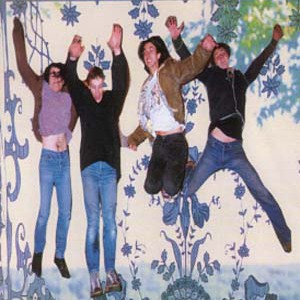 Flop was an early-1990s pop punk band from Seattle, Washington. The band gained some exposure as a result of a brief appearance in Doug Pray's motion picture documentary Hype!. Flop's original four members consisted of lead singer, guitarist and songwriter Rusty Willoughby, guitarist Bill Campbell, bassist Paul Schurr, and drummer Nate Johnson. Willoughby, Campbell and Schurr lived together with a few other friends in a large Craftsman-style house in Seattle's U-District near the University of Washington campus.

Willoughby, Campbell and Schurr began jamming together during the declines of their respective bands Pure Joy, Chemistry Set and Seers of Bavaria. Johnson, drummer for seminal Seattle punk band The Fastbacks, frequented many of the parties at the U-District house and eventually joined them, completing the foursome. Never intending to actually become a real band, they toyed with many self-deprecating names including "Butt Sweat and Tears" and "The Value Village People". Eventually however they lied their way into a show and needed an official name and inspired by the headline for a review of a local play in the newspaper "Resounding Flop" was shortened to "Flop" and a band was born.