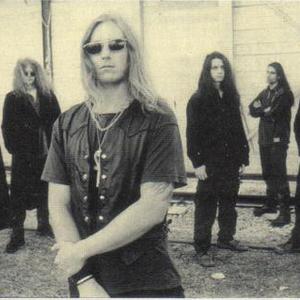 The release of a split CD in 1994 features, besides the band Parracide, an up until then unknown band named EverEve from southern Germany. This line?up consists of Tom Sedotschenko (vocals), Stephan Kiefer (guitars), Thorsten Weissenberger (guitars), Stefan M?ller (bass), Marc Werner (drums) and Michael Zeissl (keys). Guitarplayer Thorsten came up with the idea of taking the name EverEve from J.R.R. Tolkkien's ?Lord of the Rings.?

After the next demo ?Songs of....?, Nuclear Blast signs the group and releases the official debut ?Seasons? in 1997. ?Seasons? already melts down a wide variety of independent area music. Responsible to some big extend for this are clever arranged, touching melodies as well as Tom's eccentric vocals, expressing all his emotions vocally with human and non ? human aggressive screaming sounds all the way to melodic, soft and hurtful melodies. On an extensive European tour with Amorphis the guys proof that they are able to reproduce all of this live.

In the end of 1997 the band's rehearsal space completely burns down including all of their equipment. The exact cause remains somewhat of a mystery to this day. This, of course, was no reason to not keep working on the following album ?Stormbirds? and to show EverEve is not some ?One Hit Wonder? band, but rather became more creative and mature. Together with the Barmbecker Symphony Orchestra and guest - vocal appearances by York Eysel of Love Like Blood, the album takes you on a ride exploring deep depression, inner fears and a very interesting, experimental stage of the group. In support of this album EverEve hit the road with Crematory for a couple of month, touring some of the same cities as before and gaining more exposure again in other places outside of Germany as well.

Back from the tour there is no time to waste and the process of songwriting for the third album has begun already. In January of 1999 EverEve and Tom Sedotschenko officially part ways, to everyone's surprise. Difficulties such as not being able to work together anymore, because of different interests on both sides, leave them no choice. Since it's the bands interest to keep on moving as fast as possible and Tom demonstrating the exact opposite by not showing up for rehearsals etc., auditions are being held to find a replacement. At first, rumor has it that Dan Swan? (Nightingale, Unicorn, Edge of Sanity etc.) would join the band, which the two parties actually discussed at some point, but never went any further. With Benjamin Richter the guys finally found someone to at least work on the new stuff in the studio and realize their third CD together. So far so good. Suddenly the news about Tom's suicide in May, reaches the band and just shocks everyone completely.

Despite of this awkward situation, ?Regret? is being released in September of 1999.

The direction with ?Regret? is very clear: More straight ahead, stripped down and really memorable songs. On the Nuclear Blast Festival Tour with Hypocrisy and The Kovenant that year, EverEve and Benjamin tour for the first time together. Also new aboard is Martin Claas behind the drums, just filling in on that tour for Marc Werner who is too busy at the moment with his studies. In January 2000 the split between EverEve and Marc Werner is announced, since he simply didn't have the time to be able to continue. Martin Claas joins the band and together they head to North America for their first U.S. tour, playing mainly throughout the state of Ohio. After returning from this wave of success, the band and Nuclear Blast decide to go separate ways, which opens up more opportunities in the long run for EverEve. Playing festivals like the Wave Gotik Treffen in Leipzig, shows with the Farmer Boys and plenty of headliner shows and signing a new contract with Massacre Records in October brings this year to a close.

A new year, new album and a new Singer. Third comes as a surprise to both, the fans and the press, since the band announces that their new vocalist will be none other than founding member/keyboarder Michael. Not without reason though, after all he has always been working out the vocal lines throughout the past recordings. Plus solving the singer problem internally seems to be the best and most permanent solution. The results on the new release ?E?MANIA? in 2001 certainly proofs them right, as it find's it's way straight to the heart of long time EverEve fans and first time E?maniacs.

It also sort of marks a new beginning after being on an intense roller coaster ride of up's and down's for the last one and a half years, underlined by all members using nicknames such as MZ Eve 51 or MC W1febeater, fitting perfectly to reflect upon the out of control events the band was pulled into. The whole concept embodies some kind of puzzle as well and deliberately leaves certain questions concerning these nicknames out in the open.

For the first time in years EverEve has decided to record one song in a different language again for this album. ?Abraza La Luz? raises eyebrows in Germany and abroad and becomes a Dancefloor standard in various clubs. On top of that, the band appears on national television and MTV in several countries with the video clip of ?Her Last Summer?. This time around they mostly focus on single headliner shows and again lot's of Festivals such as The Mera Luna Festival with Placebo, which is so far the largest event, playing in front of nearly 10 000 people. After sharing the stage in Switzerland with Type O' Negative EverEve are gearing up to hit Russia on their own for the first time...