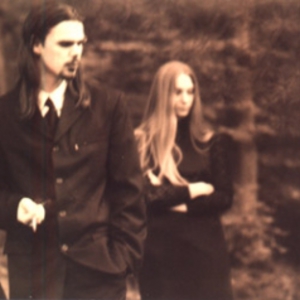 Empyrium is a German doom metal and (later) neofolk band. Founded in 1994, by Markus Stock (mostly using the pseudonym Ulf Theodor Schwadorf) and Andreas Bach. The band draws inspiration from nature as some of the album titles reveal. Consequently, Empyrium are often referred to as a dark folk band, expressing in their music (most conspicuously in the last two albums) sentiments akin to those expressed by some other 'legislators' of the genre, as Forseti, Orplid, and Ulver (Kveldssanger).

The band draws inspiration from nature as some of the album titles reveal. Consequently, Empyrium are often referred to as a dark folk band, expressing in their music (most conspicuously in the last two albums) sentiments akin to those expressed by some other 'legislators' of the genre, as Forseti, Orplid, and Ulver (Kveldssanger). Connoisseurs of dark folk will mention that many of Empyrium's compositions are true representatives of the genre, as, for instance, Dying Brokenhearted, The Shepherd and the Maiden Ghost ("Where At Night..."), Heimw?rts, Waldpoesie, Die Schw?ne im Schilf ("Weiland"). Intricately woven and always impregnated with an exquisite wistfulness or profound, remorseful sadness (Dying Brokenhearted), these compositions may be regarded as a manifesto of the dark-folkloristic gloomy and pantheistic Weltanschauung. The lyrics are mostly in English, though in Weiland only German is performed. Like the Norwegian black metal band Burzum, Empyrium also used Theodor Kittelsen's drawing on one of their album covers (Where at Night the Wood Grouse Plays).

Their first two albums, "A Wintersunset..." and "Songs of Moors and Misty Fields", following a demo entitled "...Der wie ein Blitz vom Himmel fiel...", can be considered doom metal (or, as some will argue, folk metal) with folk and symphonic influences. They combine harsh and operatic male vocals, with deep slow guitar parts and atmospheric sounds.

The following two albums, "Where at Night the Wood Grouse Plays" and "Weiland" are acoustic, display a constantly heavier neofolk influence. Instead of keyboards, the band switched to acoustic instruments such as acoustic guitars, violins, cellos and the flute. Operatic male vocals are still used, and in Weiland the band uses choir vocals and the piano. Though the music still remains dark and melancholic, Empyrium's music has largely moved away from heavy metal. Many people consider these two albums to be the apex of Empyrium's skill and some accomplishment of the band's - or rather Schwadorf's goal.

After their 2002 album, "Weiland", the band decided to stop recording. As Schwadorf himself put it, "Empyrium has explored nature-mystics since 1994, and after 8 years we feel to move on and made a glorious farewell to the concept with Weiland".

In August 2006, Empyrium's label, Prophecy Productions, announced publicly for the first time that a new album was going to be released in late November the same year. Called A Retrospective, it is a look back on the history of the band. Aside from ten remastered tracks from their previous albums, it contains a re-recorded version of The Franconian Woods In Winter's Silence from the album "A Wintersunset...", as well as two new tracks in the neofolk style of late Empyrium (Der Weiher and Am Wolkenstieg). The sixty-page booklet provides an extensive account of the musical influences of the band, and how Empyrium has changed over the years. The album leaked onto the Internet in early November 2006.

On September 17, 2010, Prophecy Productions and Schwadorf personally announced that the band had reunited and revealed plans to release a new album soon, beside contributing to the label's upcoming v/a compilation "Whom the Moon a Nightsong Sings".

The Turn Of The Tides (Buch Edition)

Where At Night The Wood Grouse Plays