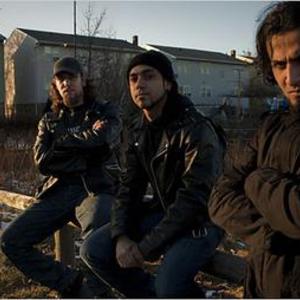 Acrassicauda is an Iraqi thrash metal band formed in 2001. They are often credited as being the first heavy metal group to emerge from Iraq. They formed and played concerts under the Saddam regime, and became well known outside of the local Iraqi metal scene after Vice magazine did a profile of them. They received even greater coverage when they were profiled in a feature length documentary about the band and their troubles in Iraq called, Heavy Metal in Baghdad. Their debut, the EP called Only the Dead See the End of War, was released on March 9, 2010.

The group was inspired by Western bands like Metallica, Slayer and Slipknot. Heavy Metal in Baghdad shows the band playing covers ranging from Europe's "The Final Countdown" to Metallica's "Fade to Black". The first time members of the group saw a Western band live was a 2008 Testament concert in Turkey. Skolnick of Testament has described Acrassicauda's music as "very heavy" and "raw".

According to Vice, the conditions in Baghdad after the American invasion resulted in the band's music becoming "even more hate-filled and intense and fucked than ever before." Their music deals with war and suffering at times, but the songs are meant to be apolitical.

Due to their increased fame after the American regime change they started to receive death threats from Islamic elements who thought they were worshiping Satan. Due to this and the increasing violence in Baghdad they fled first to Syria and then Turkey before being granted refugee status in America. Most of the band settled in New Jersey, but Tony Aziz decided to live with family in Michigan.

Only The Dead See The End Of The War (Ep)